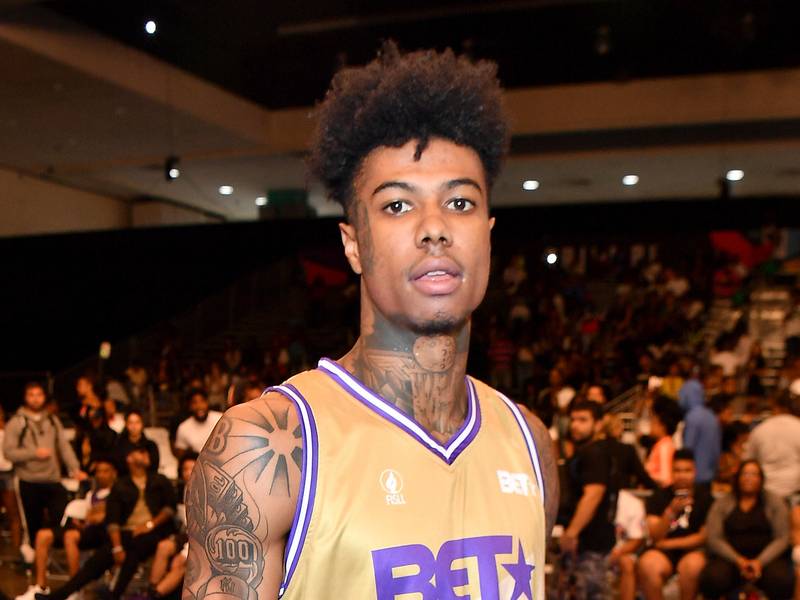 A dispute between Blueface and his family has been playing out for the world to see on social media.

The public part of the drama began when the “Thotiana” creator’s mother live streamed him kicking her and his sister out of his house. In the Instagram video, Blueface and his sister are seen getting into a heated confrontation that apparently erupted over the family’s issues with his girlfriend. The chaotic footage ends with his mother and sister getting booted from the residence.

“Sheesh you know it’s getting hectic when Yo own momma do it for the clout,” Blueface wrote via Instagram.

#PressPlay: #Blueface kicked his mother & sister out of his home for his new girlfriend who apparently didn't greet them…The other girlfriend is his baby mama ? (SWIPE) ?: @bossy_addict_tea

Blueface’s clout-chasing assertion didn’t sit well with his sister, who aimed to clarify her side of the story.

“Moms visiting & I’m waiting for my apartment that’s ready tomorrow,” she explained. “Ain’t no free loading period everything you see me do I did for me. Sad what a bitch can do to a nigga head. She must suck some mean dick.”

She also went at her brother directly and characterized him as being ungrateful.

“You only got clout cuz of mommy stupid!” she declared. “How you think you got here? Saddest thing is she paid all those studio sessions when you was living in your car. She deserve ALL THE CLOUT RUN HER SHIT UP.”

She added, “FUCK A BLUEFACE I WANT JONATHAN BACK ID RATHER US BE BROKE AGAIN.”

Blueface continued to take issue with his mother live streaming their family conflict in his Instagram posts about what went down. He said no one observing the situation online knows the true story.

“I bet don’t none of y’all mommas know how to go live on IG dead homies,” he wrote. “I’ll take this to the chin an let y’all eat this internet story up even got a couple more followers coming in just remember none of you were there so none of you really knows what happen.”

#PressPlay: #Blueface has a few more words and shares a throwback video of gifting his mum with $10,000 (View previous posts)

Blueface also fired back at his sister. He claimed she’s trying to launch a modeling career with the help of the negative press.

“My mom let me live in my car,” he wrote. “I got my own shit now when it’s time to go it’s time to go. Sister tryna get a whole modeling career going off this an y’all really buying this.”

#Blueface had a couple more things to get off his chest following his spat with his sister & his mom ? (see previous tea)