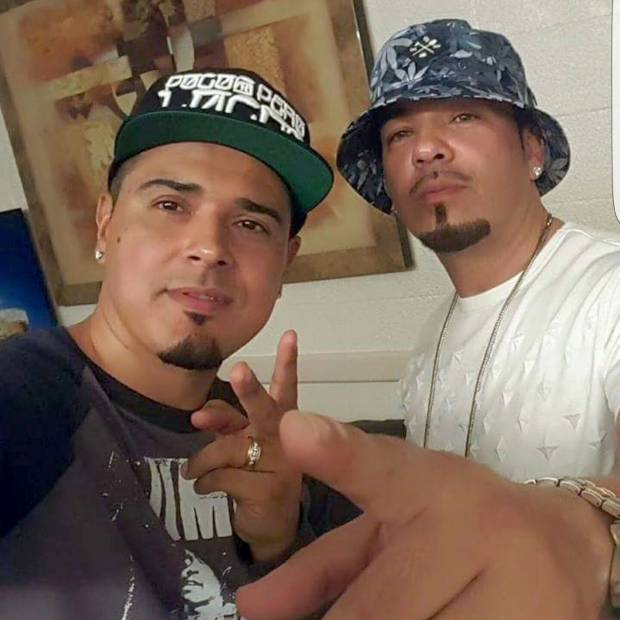 Los Angeles, CA – On-screen, Danny Trejo is an imposing, menacing figure. As the renegade Mexican federale Isador “Machete” Cortez — a character which he brought to life beginning with 2001’s Spy Kids film and continuing on with the grindhouse style eponymous films — Trejo so completely embodies the character that his own mother reportedly calls him “Machete” to this day.

But off-screen, Trejo is infectiously jovial and passionate, with a love for music and a genuine concern for his fellow underdogs. He laughs often, and heartily, throughout the course of our interview, and shares stories fondly, as one would expect of an elder statesman of the entertainment industry.

“Everything good that’s ever come into my life has come as a result of me helping my fellow man,” Trejo tells HipHopDX exclusively. “And, you know, when I get told some ideas about business from people I trust, I say, ‘well hey, that sounds good to me,’ and I get there.”

That business sense has led to the development of several business ventures bearing the veteran actor’s name. Trejo’s Tacos and Trejo’s Coffee & Donuts — both of which are based in Los Angeles — have proven successful, and are quickly expanding. And now, Trejo’s Music — which officially launched on Father’s Day, June 16, 2019 — has announced its arrival with the debut of Chicano’s Soul Shop Vol. 1, an EP that’s equal parts mixtape and best-of compilation with a decidedly Chicano twist.

But, as Ronald Ray Bryant — a.k.a. Baby Bash, a veteran Mexican-American rapper and producer who has worked with the likes of Akon, Fat Joe, Nino Brown, and E-40 — made clear, this is not your mother’s Chicano music.

“Mexican culture and history are all wrapped in all of our musical stylings,” Bash explains. “The kids today — they integrate American musical styles into the music of their heritage. So, whether they like R&B or they like Hip Hop, or even if they like rock ‘n’ roll, they’re gonna incorporate it into the music they make. But, today’s music has lost a lot of class. We don’t have to be so ratchet all the time. And this music brings back that class — that’s the point of Chicano Soul Shop.”

In what promises to be the first in a series of compilations featuring veteran and rising stars, Chicano Soul Shop Vol. 1 boasts music that runs the gamut from straight-ahead Hip Hop to what could be best described as neo-Ranchero. Throughout it all, there’s a warm lo-fi sound that only adds to its authenticity — an authenticity that’s woefully absent in the cleanly produced, yet clinical, 21st-century musical offerings.

That move was a deliberate one, according to Edward “E-Dub” Rios, one of the co-hosts of the popular Pocos Pero Locos radio show. According to him, the Chicano Soul Shop series is a realization of a longtime dream. “I first came up with this idea back in 2009,” he said. “I wanted to create a compilation that was very modern but had the same kind of sonic textures we’d gotten used to, growing up. You might want to say it’s lo-fi on steroids.”

But don’t think of this venture as a vanity project: all three of the partners in Trejo’s Music — and the Chicano Soul Shop series — have different artists that they’re very excited about. Baby Bash is working on something with Joey Quinones, E-Dub is singing the praises of Malik Malo, and all are excited about Trejo’s newest artist, Tarah New, who also appears on Chicano Soul Shop Vol. 1.

“She can really sing, man!” Trejo shares excitedly, who adds that she recently sang the National Anthem at Dodgers Stadium. “I just love the way she did that. She didn’t make the song all about her — that song, it’s a prayer. It’s about honoring the sacrifice of all the people who died for that flag. When she sang it, she wasn’t all” — he mimics a yodeler — “she just sang the song, and it was beautiful. That’s what I love — when it’s all about the music.”

Chicano Soul Shop Vol. 1 is available now. Stream it below.