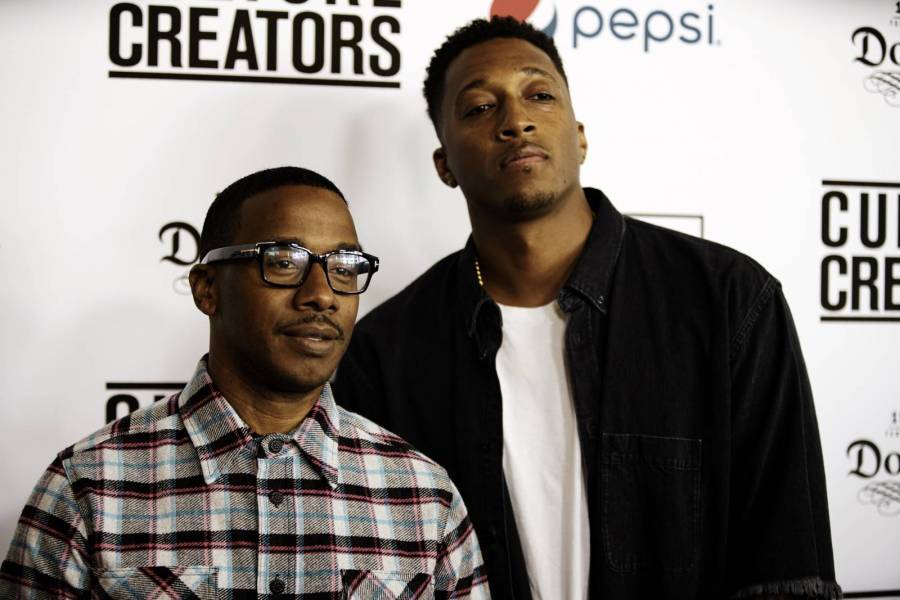 A year has passed since Lecrae dropped the Zaytoven-assisted album Let The Trap Say Amen and speaking with HipHopDX at the 4th Annual Culture Creators Innovators & Leaders Awards Brunch in Beverly Hills, he has more plans under his sleeve as well outside of music.

“It’s been busy in the tech space and film while trying to knock out this album at the same time is a lot of work,” he said. “We’re about 40 percent done with the project.”

For Lecrae’s segway into Hollywood behind the camera, he started his own film production company that’ll exist on both major and indie collaborations.

“We started a film company Three Strands Films and we have a couple of films on the docket right now,” he explained. “We’re working with an independent company and Sony Pictures so stay tuned.”

On the tech side of things, Lecrae invested in Grammy Award-winning sound engineer Jacob “Biz” Morris’ start-up MXD. The service essentially allows artists to get music mixed and mastered by A.I. algorithms for a fraction of the price.

“I love technology so I’ve always been into the tech space,” Lecrae explained. “It’s basically artificial intelligence but working to make the music industry work a lot better. Independent artist can be able to mix their projects without worrying too much about cost.”

When it comes to the music side of things, Reach Records recently signed Wande as the label’s first female artist.

According to Lecrae, it was the right time.

“We’ve been around for 15 years and have multiple awards, recognition and Grammys,” he explained. “We’ve done all these things and there wasn’t gender equality happening. We thought it was time to really let the ladies shine. We found Wande and built that out.”

Alongside Lecrae wanting to have a female voice, he mentioned the idea of transcendence in pop culture happening in regards to faith and spirituality.

“It’s more of an open dialogue now,” he said. “We got Chance [The Rapper], Kanye [West] and Kirk Franklin being involved. The things I’ve been able to do or look at Tasha Cobbs working with Nicki Minaj. I think people are pretty open to it and Wande has a great future ahead of her.”

That level of transparency displayed by Lecrae sometimes leads to controversy including some comments made following Alabama’s recent ban on abortions. On Twitter, the Houston-native even admitted to paying for an abortion once.

I’ve paid for an abortion. I regret it. I won’t pretend I’m fully educated on the policy nuances or women’s experiences. I just don’t seem to hear the voices crying against the murder of children inside the womb, crying about those outside the womb

Despite catching flack for the controversial tweet, Lecrae says he wasn’t attempting to pick a political side to the issue but, give a nuanced explanation based on his own experience.

“All the issues are important to me,” said the Grammy Award-winner admitted. “I wasn’t trying to ring a political bell but, there are a lot of issues that we should be concerned about. A lot of times, we focus on one single solitary issue and ignore things are very parallel to it. If you care about people, care about them from the womb to the tomb.

“The whole way through.”