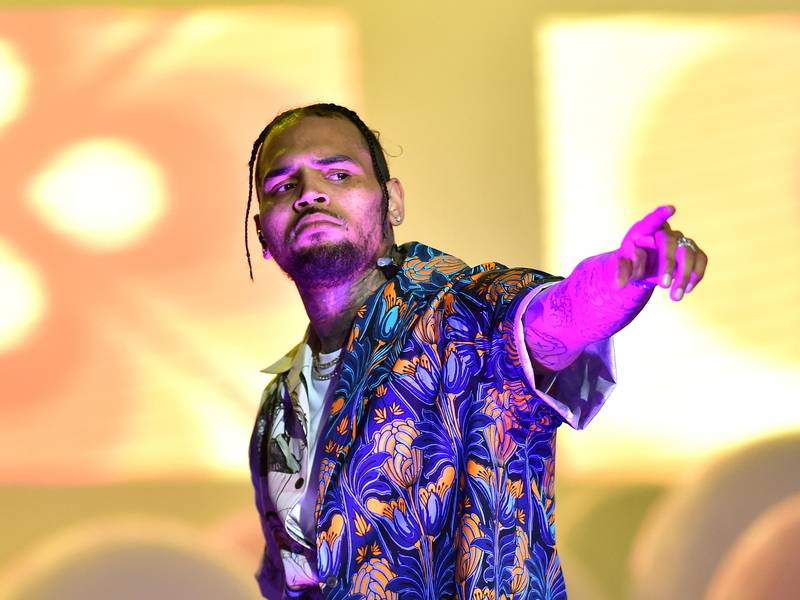 It appears Chris Brown is still keeping tabs on his ex Karrueche Tran. The controversial singer caused a stir on social media with his reaction to an Instagram photo of Karrueche and her current boyfriend Victor Cruz.

Breezy took multiple shots at Cruz’s clothing in the comments of the former New York Giants wide receiver’s post and offered advice to his ex.

“No shade boo, BUT PLEAS STLYE HIM,” Brown wrote in a message filled with typos and misspellings. “He look like he shopping off the manikin and trying to bargain wit the sales manager. Retired wrestler spanks. IM FUCKING AROUND … good bless.”

Brown wasn’t done though. He continued to plea for Karrueche to improve Cruz’s wardrobe in another series of remarks.

“Nothing bad or major . UPGRADE HIM SIS,” he wrote. “I’ll take him around to style him. NOT HATE. He just need some game spirit.”

Lol Chris Brown hatin & still want her…if I was Victor Cruz I’d send him a pic of me & shawty in bed wit the caption *she likes me naked anyway 🤷🏾‍♂️* pic.twitter.com/NV1pICo531

Brown has since deleted all of his comments on Cruz’s post. But, he couldn’t do so before some screenshots were taken.

Check out everything the polarizing artist had to say about the former NFL player’s attire above.