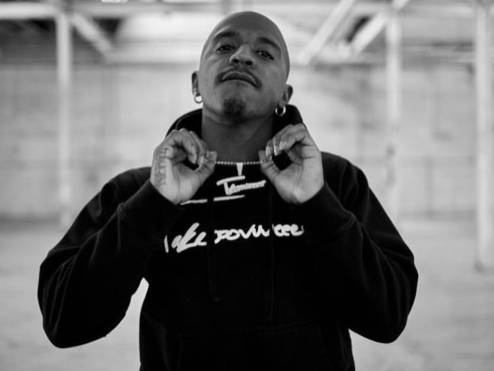 Minnesota, MN – Minnesota will be the vying for the capital of the Hip Hop U.S. this weekend as Soundset takes over the Twin Cities with artists like Lil Wayne, DMX, Lil Uzi Vert, Atmosphere and many more all playing for more than 30,000 people.

Among the artists on this years, the lineup is St. Paul’s own Taylor J who will be playing the “Atmosphere & Friends” stage. Though Taylor’s buzz grew tremendously after Kanye West retweeted his visuals for the song “Jumanji” earlier this year, the “Blessed” MC has been growing his brand steadily over the past few years starting with his hometown and when he takes the stage this weekend it will be a true milestone for the native Minnesotan.

“It’s similar to a New York artist performing at Madison Square Garden. This is the biggest show in the Twin Cities, period. You got all these major artists here. It’s really a statement for me that I’m putting my work in. It’s a true acknowledgment from the city that they said ‘We should get Taylor on here.’ It definitely lets me know that I’m on the right track and doing what I’m supposed to be doing.

Taylor started rapping as a teenager and before long was making a name for himself in his hometown.

“By the time I got to high school there were already two other guys there that were the known rapper in the school so I linked up with them and we formed a group,” remembered Taylor. “We went our separate ways after school. I had to start a whole new team and shit. I came together with my homeboys that I grew up with that came from that same neighborhood and we just decided to start this whole Taylor J takeover. My artist name was ‘Trouble’ when I was in the group, but getting older I wanted to start this with [a name] that was marketable, that sticks, so me and my boys put together this Taylor J Takeover brand and we started killin’ the Twin Cities with appearances, with merch. Every club we played at we had all the bottles, we had Taylor J Takeover shirts and hoodies,” he added.

After getting his name out in the 612, Taylor headed down south to expand the brand.

“My team and I went to Atlanta and that’s when I started opening up a real industry just by building relationships with other labels, I started working with other major artists and started experiencing that world on a higher level. I signed with an indie label and was out there for about three-to-four years,” Taylor recalled.

Despite gaining a wealth of knowledge and contacts, the label deal dissolved and Taylor had to humble himself and head back to Minnesota. But with a good attitude, some life experience, and cosigns from names like Gucci Mane and the Da Honorable C.N.O.T.E. he was able to continue his journey with a new label situation.

“Empire was actually the distribution behind my label that I was signed to in Atlanta and when the label fell apart so did the deal with Empire. So when I got home and started rebuilding and taking advantage of the connections I’d made we reached back out to Empire,” said Taylor. “Now my project Roses drops on 5/31 and it’s definitely by far the best album I’ve ever made.”

Like Taylor, Nipsey Hussle created a strong independent buzz and was able to parlay that into superstardom. The two actually collaborated on the Jazze Pha-produced song “Fact Of Life” and the result was a hit song and a mutual respect between two artists.

“I was getting my features together for a project and I had this song, Jazze Pha came to the studio and we made this song and it was just a real song talking about some real life shit, and I was just going on it, like 30 bars or something,” Taylor remembered. “I just heard Nip on it in my head. I’m the type that, my features make sense because of the sound not because of who they are. They could be somebody that nobody knows. I just knew on that what he had to offer would complement this record as a whole and I fuck with that. Nobody would ever think of Jazze Pha and Nipsey Hussle on a song but that was just something that I really heard.”

He continued: “We sent him the song and he fucked with it, his shit was super hard on the song. From that, we linked with other people from his family, his sister, every time we come to L.A. we link with her. We pretty much just linked up off of the mutual artistry respect for the music. He did more than what we paid him to do on the verse. He said some extra shit, he was actually responding to what I said on the song. We didn’t do it in the studio together but after the song came out he was like ‘I fuck with this young nigga. This shit hard.’”