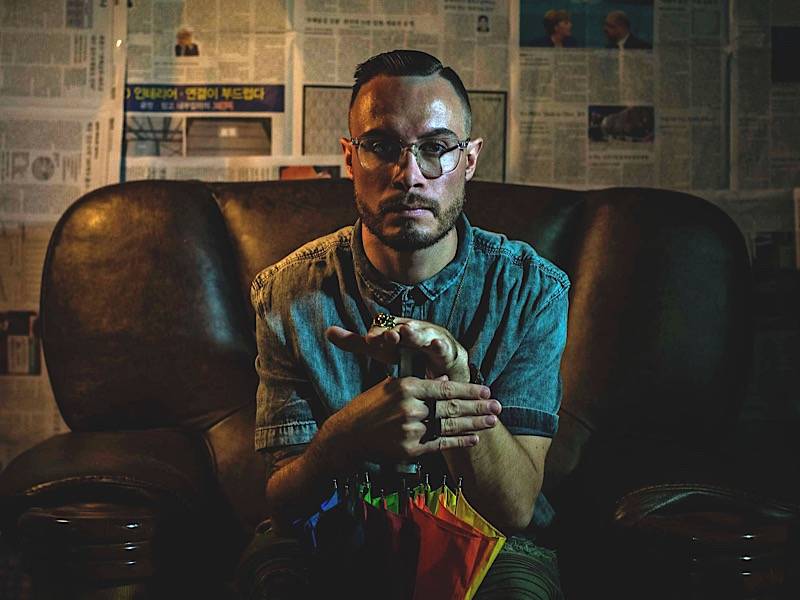 New York City, NY – Having been blessed to spend the past two years on the road — with much of that time spent in Asia — Brown Bag All-Stars alumni Koncept is preparing to drop his new album this summer.

“Obstacles, problems, and fails … you have to roll with them and use them to better yourself and make you stronger,” Koncept says of the song’s message.

“When The Sky Falls 2” is an updated revisit of the original 2011 version (also featuring Royce) which was produced by Marco Polo. The update, as he explains, was him tapping into where it all started — but with a zest for new life

“Working with Royce was a blessing,” he says of the collaboration. “[He’s] undeniably one of the best and definitely one of my biggest inspirations as a rapper … so to have him on my song is an honor. He murdered it.

The song is the first taste of Champagne Konny, due out this August. Having been able to let the smoke settle after the past few years, he says the album is an evolution of himself as an artist.

“This new album [Champagne Konny] is the new improved better me … after being on the road for so long out of the country, and reflecting on everything leading up to this point,” he says. “I feel recharged and more inspired than ever before.”

Stream “When The Sky Falls 2” by Koncept featuring Royce da 5’9” below.