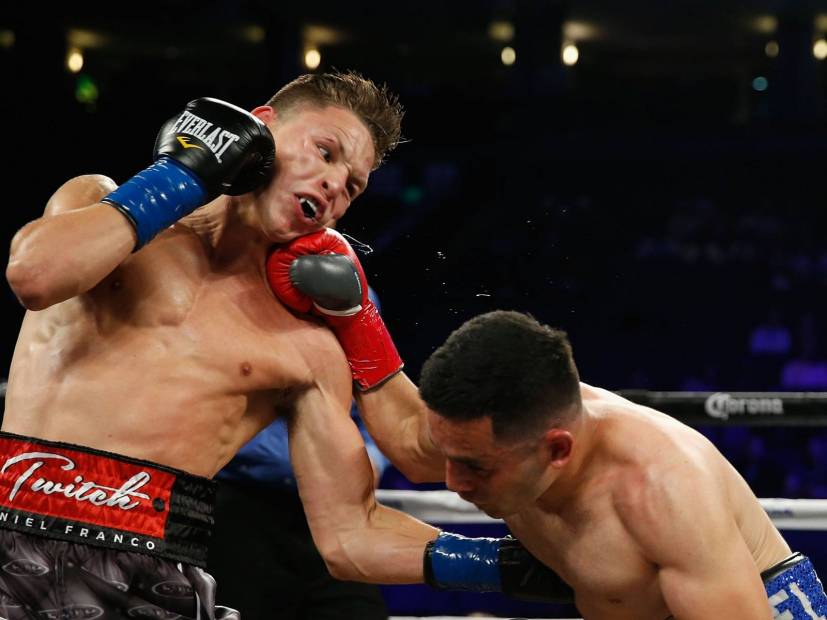 Los Angeles, CA – A now retired boxer is suing JAY-Z, Roc Nation Sports and Live Nation for negligence, claiming he was forced to fight when he was not ready and suffered a near-fatal brain injury as a result.

According to The Blast, Daniel “Twitch” Franco, a 25-year-old prizefighter from Rancho Cucamonga, California, signed with Roc Nation Sports in 2015.

Prior to signing with Hov’s company, Franco boasted an undefeated record of 10-0-3. Afterward, he went on to win his first five fights after receiving their backing.

My most recent bout under Roc Nation Sports was a success! Improving my record to eleven victories with no defeats, I…

This is why I train so hard!! 14-0 pic.twitter.com/CmEBF5yBJY

However, Franco claims problems arose when he contracted the flu and was not able to train properly for his fight against super lightweight Francisco Agustin Suarez, which took place on March 23, 2017. When he and his father told Roc Nation Sports they needed to cancel or postpone the fight, he alleges the company forced him to go forward with the bout.

He went on to lose by TKO.

He took on two more bouts in 2017, one on Friday, (May 12) and the final on Saturday, (June 12) which ended up being his last professional fight ever. He claims he was recovering from two skull fractures and a brain bleed going into the event in June and also asserts he had not received medical clearance before entering the ring.

Franco lost in the eighth round after being knocked out by Jose Haro, which he claims caused him to suffer “a devastating brain hemorrhage.”

The brutal knockout sent him into a coma and prompted for a surgery to remove a portion of his skull. As a result of his injuires, he now has been confined to wearing protective headgear.

Franco is now personally suing, seeking unspecified damages, declaring Roc Nation Sports should have known he was not ready to fight. He also told the celebrity news outlet in a video that JAY-Z’s company instructed him to take down a GoFund me page his family set up for donations to cover medical bills, saying Roc Nation Sports told him they, “would figure it out.”

“They told me to take my post down, which was about Roc Nation, about fighting at Roc Nation, and they called me, they actually reached out, it was the first time I heard from them, and they said, ‘hey, you know, take your post down and we’ll call you within 72 hours and everything will be fine, you know just take it down right now and we’ll call you back,” Franco explains in part.

“They just never called us. They had me take my post down, and so, I put my post back up, and that’s how it has been with Roc Nation. They haven’t been true to their word and they haven’t been great people, they left me out to dry and I have over $200,000 dollars in medical bills.”

No official statement from Roc Nation Sports on the matter has been made available to date.

Watch the full interview with Franco below.