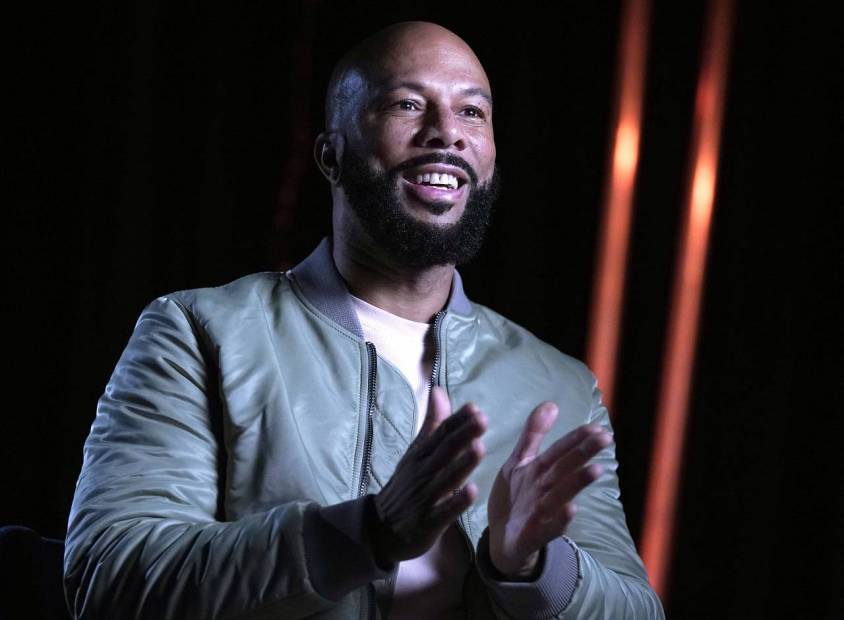 New York, NY – While November 2016 — the window in which Common released his last album, Black America Again — isn’t terribly that long ago, the dozen feature films, countless interviews and philanthropic strides the 47-year-old multi-talent have partaken in since makes the LP feel like a lowly afterthought.

Thankfully for day one fans, Southside ‘Shid managed to block out the extracurricular works of art and find some quality time in the studio.

The end result has culminated into his twelfth studio album in which HipHopDX was privy to experience the first-ever preview.

#Common reveals the name to his new album, and tell his reasoning behind it.

“This album is called Let Love Have The Last Word,” an enthusiastic Common told the gathering at New York City’s SoHo House. “It’s inspired by the book I just released. I started this album because my team was like, ‘With the release of the book, maybe you should do some music’ and it kinda really sparked me in a way. This book was something really personal and I was going to places that I never went to in my life. So I was thinking as an artist [I could] do the same thing.”

The book Common is referring to is his recently released memoir of the same name, which bears the emotional turmoil of being molested as a youth — an incident the highly decorated rap star is now bravely staring in the eye.

During his interview on The Breakfast Club Thursday (May 9), Common detailed a song that he played for his daughter titled “Memories of Home,” which deals with the weighty topic. He also revealed the record brought tears to her eyes.

However, the memoir isn’t a complete word-for-song note affair.

“The music is not a song based on every chapter on the book,” Common continued at the listening. “It just allowed me to go to different places and gave me a theme on what I wanted to write about and a guide. Once I get a title, I feel great about creating the music. It sets the tone for whatever the movie I want to create is gonna be.

“I was able to set and focus for a while and not try to do any movies and do too many extra things besides just focus on music, which has been new for me in a minute. But I felt it was that important to me so I just wanted to put my heart and soul for it.”

Day one fans can also rejoice the album is entirely produced by his longtime collaborator Karriem Riggins alongside Samora Pinderhughes and Burniss “Boom” Travis.

No release date has been announced for the upcoming album.