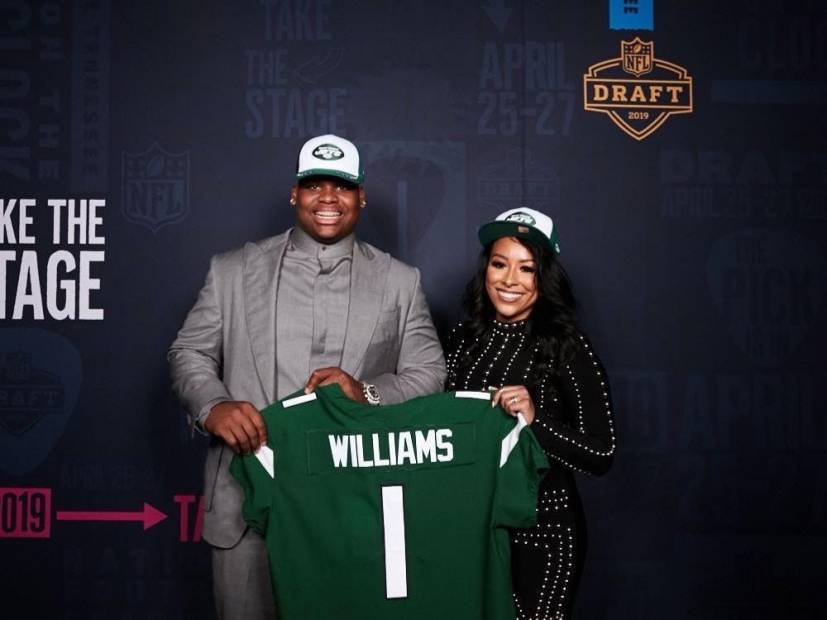 Nashville, TN – Lil Wayne’s Young Money APAA sports agency represents Quinnen Williams, who was selected by the New York Jets at No. 3 in the 2019 NFL Draft. His agent, Nicole Lynn, made history by becoming the first African American woman to represent a Top 5 NFL Draft pick.

Williams, a star defensive lineman at Alabama, was excited to be able to sign with Lynn and Young Money.

“I signed with, like, basically Drake and Nicki Minaj,” he told ESPN. “That’s crazy.”

Congratulations to our guy, @thequinnenwilliams on being the #3 overall pick in the 2019 NFL Draft! #YMAPAA

When I found out I would be attending the NFL draft my first thought was “what do I wear?” I googled and saw a bunch of male agents, but could not find examples of women. I panicked! Do I wear a suit? A dress? Heels or no heels? I had no clue. If I’m being honest, this is something I stressed over a bunch because almost NO women popped up on my google search of “NFL draft outfits.” I finally decided that I would make my own rules, and wear whatever I wanted. So here it is, me making my own rules, rocking this amazing dress picked out by my best friend and stylist @taylorh20 ! What I learned … dont ever be afraid to set the tone. So here is the tone. 💁🏽‍♀️

Last month, Lynn spoke about her representation of Williams in an interview with BET

“The agents that I recruited against, again, they’ve been in the business for 40 years,” she said. “I mean, it was almost a joke to them. But [Williams] didn’t care. Every time you talk to him, he’s like, ‘My agent’s a beast.'”

Lynn further explained how landing a top prospect like Williams as a client was an improbable outcome.

“There are 900 certified agents; only one percent are women,” she noted. “Just one percent, and there are only three of us that are Black women out of 900, which is crazy.”