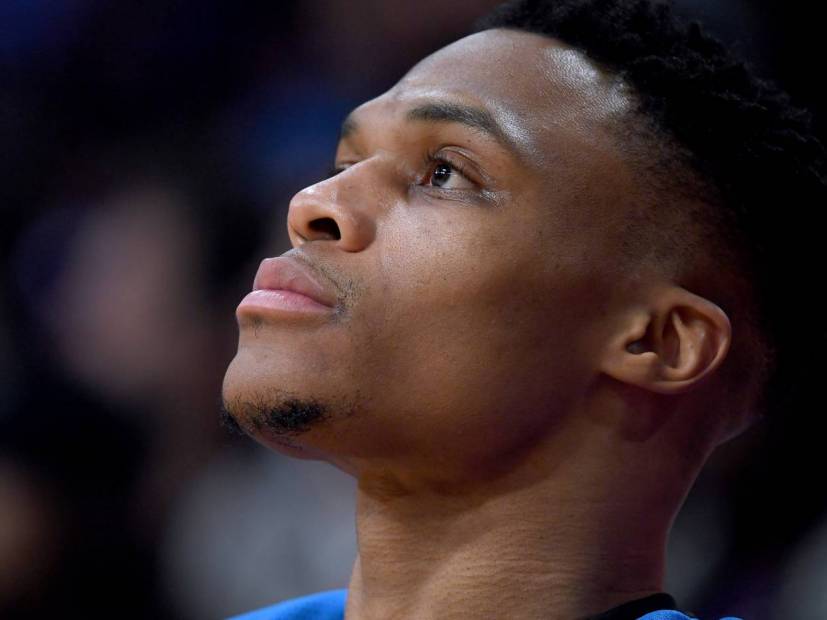 OKLAHOMA CITY, OK – When a downtrodden Russell Westbrook entered the Chesapeake Energy Arena last night draped in a blue Crenshaw t-shirt as an ode to Nipsey Hussle, the stage was set for an incredible performance against the struggling Los Angeles Lakers.

The OKC Thunder legend attracts triple-doubles like the average person attracts the common cold and his latest stat sheet of 20 points, 20 rebounds and 21 assists allowed the 30-year-old superstar to join Wilt Chamberlain as the only player to record a 20-20-20 NBA game.

“That was for Nipsey,” he cried as he beat on his chest after grabbing his final rebound with a little over a minute on the clock. The stellar playing propelled the Thunder above the LeBron-less Lakers 119-103 as they brace for the upcoming playoffs with the Western Conference eighth seed spot intact.

Fellow teammate and All-Star Paul George took notice of the marvelous job of the team’s leader.

“It’s just epic,” he told ESPN. “Man, the heart of that guy over there, honestly, is what’s so amazing about it.

“It’s the way he’s made up. There’s not many made like Russ. It takes somebody special to go out and have a performance like that, especially with how heavy his heart was for the loss of Nipsey. We warmed up to Nipsey and, honestly, I felt that changed everything.

Nipsey was shot and killed in Los Angeles on Sunday (March 31) outside his own clothing store following an alleged verbal disagreement. His one and only homicide suspect has since been apprehended by police.

Before tip-off, OKC head coach Billy Donovan was aware the night would be an emotionally charged one.

“He came over and talked to me about it, and I knew he had a close friend pass away, and he had mentioned and explained that to me,” Donovan told ESPN.

“I think for a few guys on our team, relationship-wise, this kind of hit them pretty hard the last couple days, just talking to them. But I think for Russell, that was something that really meant a lot to him, and he basically talked to me a little bit about it after the game.”