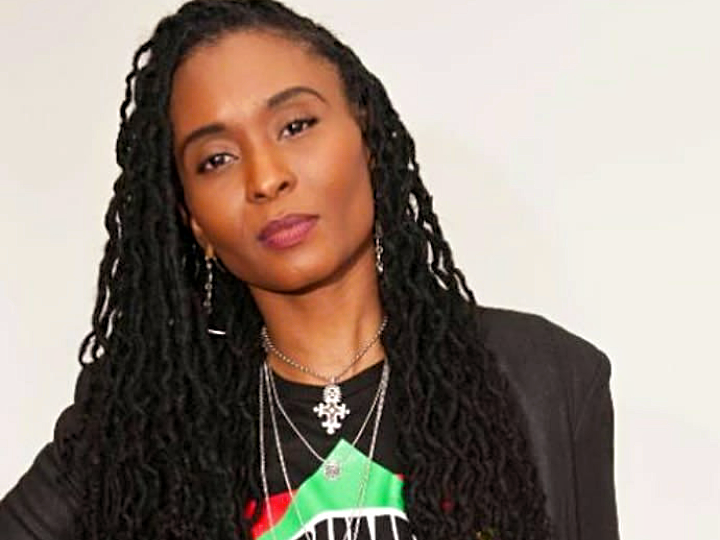 Pump It Up! host Dee Barnes shot to notoriety when she became the first female Hip Hop journalist to have a broadcast television show. Launched in 1989, the show featured in-depth interviews with prominent Hip Hop artists such as Ice Cube, Ice-T, Will Smith, Queen Latifah, Big Daddy Kane and, of course, N.W.A.

Everything changed in 1991 when she was brutally attacked by Dr. Dre during a Hollywood record release party. Subsequently, her career came to a screeching halt and her days were suddenly filled with court appearances. Barnes filed criminal charges against Dre and a civil suit followed. They ultimately settled out of court in 1993.

Now, Barnes has found herself in a precarious situation — homelessness. With nowhere else to go, the former Delicious Vinyl artist reluctantly launched a GoFundMe campaign in an effort to raise enough money to secure a place to live. It wasn’t an easy decision.

“What made me finally say enough I’m going to ask for help is that quote, ‘You can overcome anything in life, but you must first be willing to live in your truth,” she tells HipHopDX. “I realized that I had come too far and had been through too much to just give up without trying.

“I had never asked for public help before, but I then remembered a long time ago while I was going through the assault trial in 1991 people were sending me checks for my legal fees. I never cashed any of them — not one — but knowing I had that support kept me strong enough to continue to face each court date. Right now, I am officially homeless. My goal with the campaign is to regain stability, which is imperative for survivors of any trauma.”

Thank you to everyone for your prayers, your support, your messages, phone calls, and positive vibrations, I am profoundly grateful to you all❤??#CountYourBlessings https://t.co/tQLChQpGW9

In the past, Dre had mostly brushed off the incident as “no big thing.” Eminem even raps about it on 1999’s “Guilty Conscience” featuring Dre, reducing her to nothing more than a pop culture reference or piece of Hip Hop trivia.

But during an episode of HBO’s The Defiant Ones, which revolved around Dre and record exec Jimmy Iovine, he talked about his history of abusing women and seemingly addressed the assault, admitting he was “out of his fucking mind.”

He also referred to it as “a major blemish” on who he is as a man.

Despite Dre’s public apology, the effect the attack had on Barnes still impacts her life today. Not only does she continue to have migraines 28 years later, but she’s also felt blackballed by an industry she continues to support.

“As far as the subject matter of my past history with Dr. Dre and my current situation, I will say any time a women tells her account of abuse from a public figure, there is always extreme backlash,” she explains. “There are too many examples of this — the Hollywood actresses who found themselves jobless after taking a stand against [Harvey] Weinstein, the women who gave up their dreams of comedy after incidents with comic Louis C.K.

“But most recently, Dr. Christine Blasey Ford and the [Justice Brett] Kavanaugh hearings. After her testimony, she’s had to have security due to death threats, change her job, move her family, et cetera. Women are punished first by the crime committed against them and then for holding abusers accountable for their actions and speaking out against domestic violence and sexual assault. Survivors should be able to hold people in positions of power accountable for their actions without losing their own power. Times up.”

Until Barnes is able to get back on her feet, she’s hoping the Hip Hop community will band together and help her through this tumultuous time. To donate to her GoFundMe page, check out the link here.