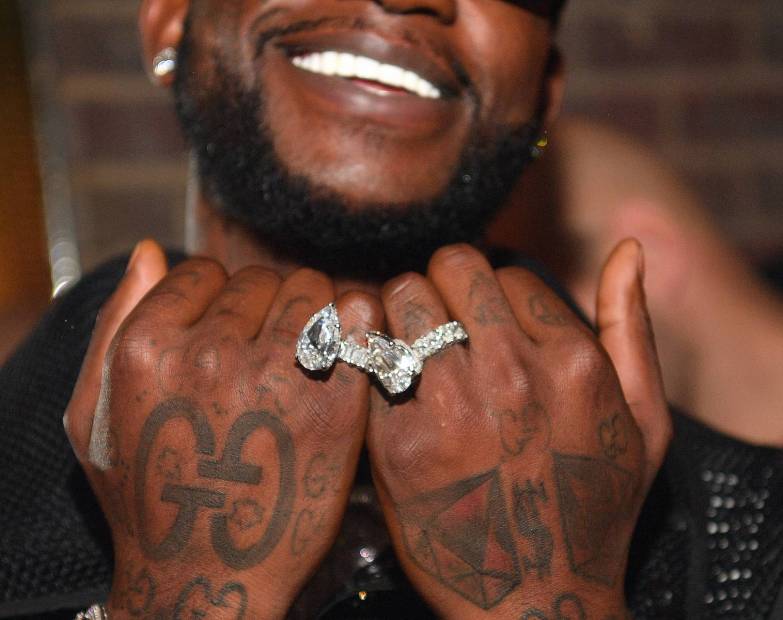 Atlanta, GA – Following first filing court documents in August 2018 seeking $20,000 in monthly child support, the mother of Gucci Mane’s son Sheena Evans is attempting to have the rapper fined and locked up for failing to pay $2,495 in legal fees she accrued — as mandated by court order.

According to a report, Guwop failed to meet the agreed-upon deadline to make the payment and had also failed to turn in required paperwork as of part of their ongoing custody battle.

“Not only has the Respondent demonstrated that he has no concern for the authority of this court or for the deadlines set by this Court, but [Gucci] has also exhibited an alarming disregard of the consequences of his contemptuous behavior,” her lawyer wrote in court documents obtained by The Blast.

“He could care less,” the attorney adds.

Evans — who claimed earlier this year to be on welfare and living in section 8 housing —is asking the court to immediately issue an arrest order and lock him up until he makes the outstanding payment; additionally, she’s asking for a $1,000 sanction.

As of press time, a judge has yet to rule on the order.