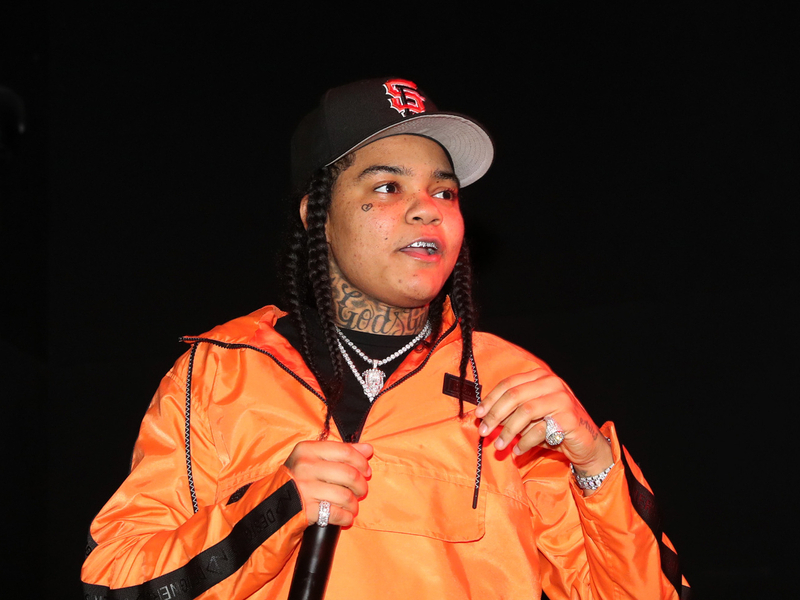 Young M.A Reacts To Kodak Black Shooting His Shot: "He On Some Shit"

Young M.A has been very open about her sexual orientation yet being a lesbian hasn’t stopped Kodak Black from becoming infatuated with her. Kodak has been very public about his interest in her and she’s become annoyed by it.

During a recent Instagram Live session, Young M.A addressed Kodak’s comments about her.

“Y’all keep talking about this Kodak situation, bro,” she said. “Y’all niggas is weird, bro … Obviously, the nigga is weird, bro. Obviously, he on some shit, bro … Y’all do this internet shit too much.”

Young M.A. mentioned she would try to speak with Kodak about the issue in person at the 2019 Pot Of Gold Festival in Phoenix. Both of them performed at the event on Saturday (March 16), but it is unknown if they spoke or crossed paths.

#youngma addresses #kodakblack mentioning her name in a song. Swipe right to hear the song

Last month, Kodak couldn’t seem to get Young M.A off his mind. First, he commented “Both Of Y’all a Get It” on an Instagram photo of her and Nicki Minaj. Then, he released a song titled “Pimpin Ain’t Eazy” featuring multiple references to Young M.A.

On the song’s second verse, he raps, “I’m fucking Young M.A, long as she got a coochie/Say she got the strap and the toolie/Say she put the crack in her booty.”

The track’s hook also includes the line, “I go Young M.A on these dumb bitches/Like a dyke, man, you niggas can’t fuck with me.”