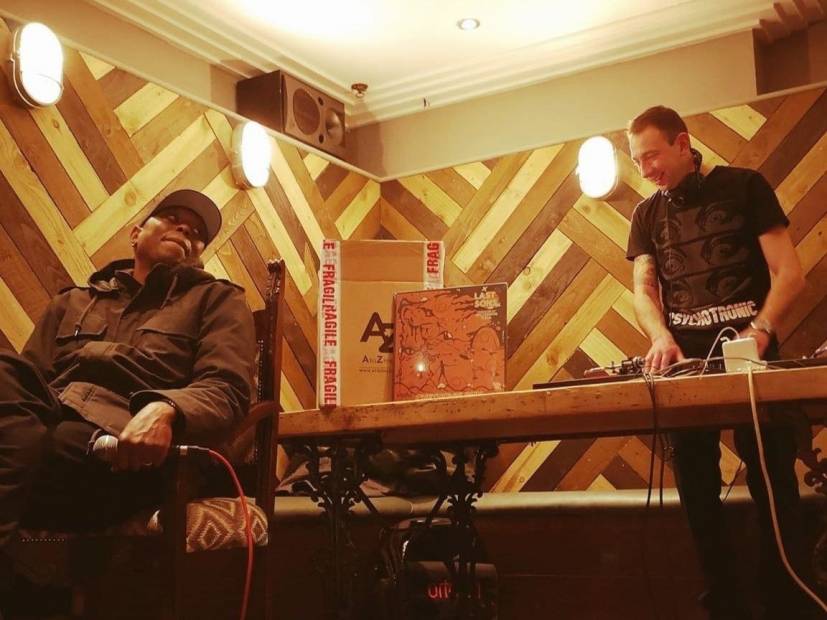 HipHopDX Premiere – Veteran producer Uncommon Nasa and U.K. duo Last Sons — MC Duke01 and turntablist Furious P — have collaborated on a new LP called Chekhov’s Gun. The talented trifecta first met in 2012 after MC Duke01 reached out to Nasa on — what else? — Twitter.

The rest is history. They’ve gone on to cook up multiple projects together, including 2014’s Steroid Stereo.

Ahead of the Chekhov’s Gun release, Nasa, Duke01 and Furious P had a few moments to chat with HipHopDX about the urgent tone of the new album, how their collaborative relationship works and why they look up to Public Enemy and The Bomb Squad.

HipHopDX: What initially made you want to reach out to Nasa?

Duke01: I’ve been a fan of his work for a long time and saw that he’d posted a tweet, offering the services of Nasa Labs, including production. I was on some next level positivity thing at the time, so I thought, ‘Why the hell not?’ and hit him back. Through that initial punt, we got talking and Steroid Stereo, our first release, came about. Furious P had come on board later to add cuts, and it was through the process of creating that EP, that the seeds of Last Sons as a group were sown.

DX: What about them made you want to work with them, Nasa?

Nasa: Last Sons as a group evolved over time. When I started, I was working with Duke01, then Duke01 and Furious P, then they formed a group name for themselves as a duo called Last Sons. We’ve had releases on all those stops along the way (like Steroid Stereo) where I was the producer behind the sound. Now that they’re a solid unit, it’s just taken on a whole new life.

I work with these guys because I’m super impressed by their individual and collective talents. After having them out to New York City to play a show and traveling to the U.K. to tour with them there, I’ve found them to be two of the more genuine people on the planet.

DX: You described yourselves as a modern day Bomb Squad.” Why the comparison?

Nasa: Some lofty sights I suppose, but if you don’t try to attain that yourself, no one will give it to you. I think for me, I have so much respect for The Bomb Squad and Public Enemy, and I know they are huge influences on the guys as well. I think the comparison is not of impact, et cetera, but just of that wall of sound attempt. The idea that you really can’t separate out what I may have played from what Furious P did is reminiscent of what Public Enemy and The Bomb Squad were trying for. We wouldn’t be here without growing up hearing that music that they innovated.

Furious P: When I was first coming up as a DJ, the production on Public Enemy’s records always stood out to me. The beats were so saturated and that created such a raw energy, it was definitely an influence on my sound as I learned how to play. Nasa has a very distinct style of production giving me broad scope to work. This allowed us freedom to explore ideas and in some ways is reminiscent of the way Hank Shocklee incorporated many different samples in every beat.

You also talk about the content as being “heavy.” Why do you feel that’s an accurate assessment?

Nasa: I think in these times the term “heavy” is an understatement when you look at the state of the world and politics in the U.K. and the U.S. I think that word fits because the album is a reflection of this dystopian time we are living in, in everything Duke01 is putting out there on the mic.

Duke01: It’s not disposable by any means. There’s a lot to be digested on the album. The tracks have weight, both in terms of content and sound. Just in the last five years or so, the world has changed in a really scary way. We seem more divided than ever. This album is a genuine attempt to understand some of the things that are driving those changes and divisions.

Check out the Chekhov’s Gun album stream above and cop it here. Bundles are available via Uncommon Nasa’s website.