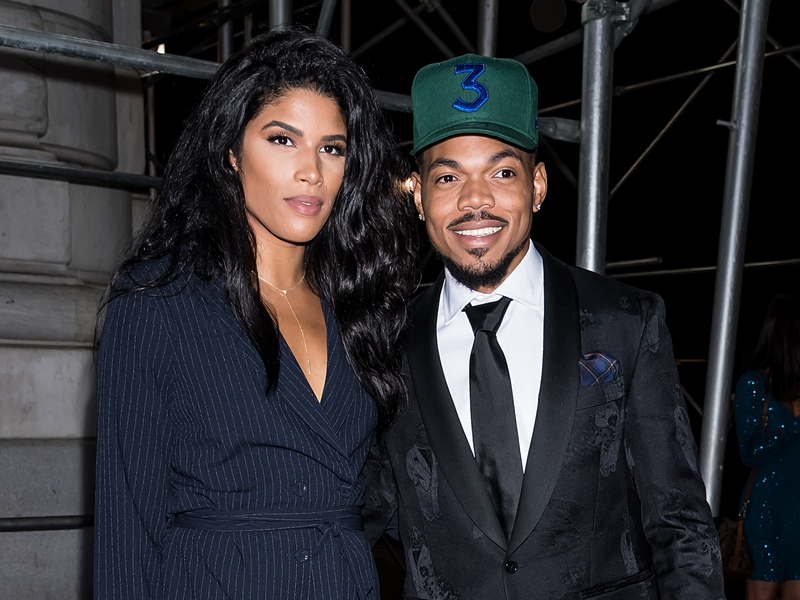 Newport Beach, CA – Chance The Rapper and his longtime girlfriend Kirsten Corley got married over the weekend. According to multiple reports, Chance and Corley’s wedding ceremony took place at the Pelican Hill resort in Newport Beach, California on Saturday (March 9).

E! News reports the wedding was attended by 150 family members and friends. Celebrities such as Dave Chappelle, Kanye West and Kim Kardashian were among those in attendance.

TSR STAFF: Tanya P.! @tanyaxpayne _____________________________ #TSRExclusive: #Roommates, it looks like #ChanceTheRapper is now Chance the husband! We have exclusive pictures of Chance getting hitched this weekend to his longtime girlfriend #KristenCorley in a private, outdoor ceremony surrounded by white roses! The wedding took place in Newport, CA where a few of Chance’s famous friends like #DaveChapelle, #Kim and #KanyeWest were in attendance. ______________________________ The lovebirds have known each other since they were 9 years old and share a beautiful daughter #Kensli, who was sitting front row to watch her parents jump the broom! Congrats to the pair! 🙌🏽❤️❤️ (📸: Splash News/Backgrid)

The couple has been legally married since December. The Chicago Tribune recently obtained a copy of Chance and Corley’s marriage license from the Cook County clerk’s office, which revealed the two were officially wed in a civil ceremony by judge Scott McKenna on December 27, 2018.

Read Chance’s story about how he met his wife below.