Pete Davidson Boots Heckler Over Mac Miller Joke: "Get Him The Fuck Out" 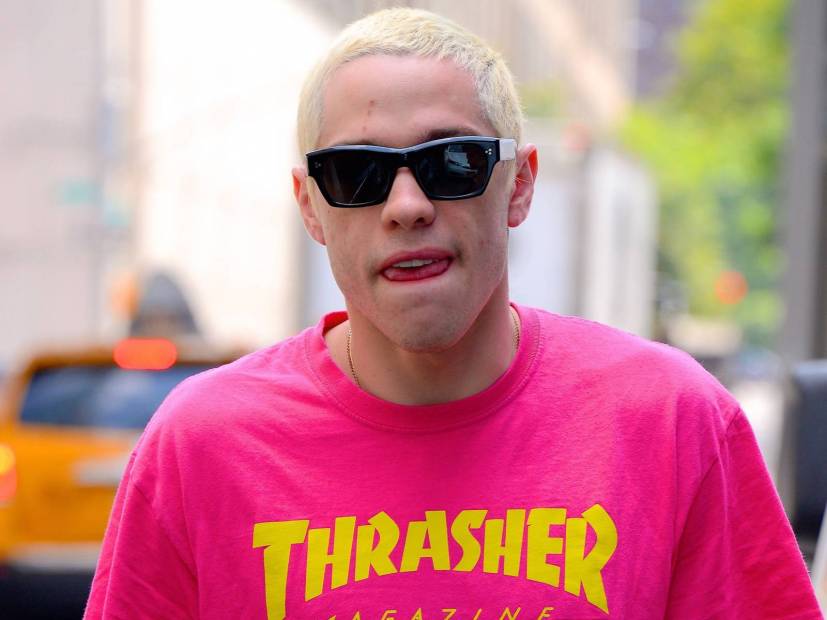 South Orange, NJ – Pete Davidson took charge during a stand-up routine at New Jersey’s South Orange Performing Arts Center on Monday (February 25) when a heckler evidently took things a little too far. As the Saturday Night Live cast member’s set was getting underway, he was met with a comment he didn’t particularly like.

“My friend died at my apartment,” he says. Before he could finish his thought, someone yells out, “Mac Miller?”

“If you sit next to the person who did that, call it out. ‘Cause I’ll just leave right now. I don’t give a shit. I’m not making much money at this show. This show is just for fun … I’m not going to have that shit at my show … I’ll wait. Hope you’re proud of yourself. You just fucking fucked up everything.”

Before Davidson ends his tirade, he says to make sure the man gets his money back.

She’d dated Miller for roughly two years before calling it quits last May. Grande got engaged to Davidson shortly after.

Sources close to Grande and Davidson said she was in an “incredibly dark place” following Miller’s overdose.