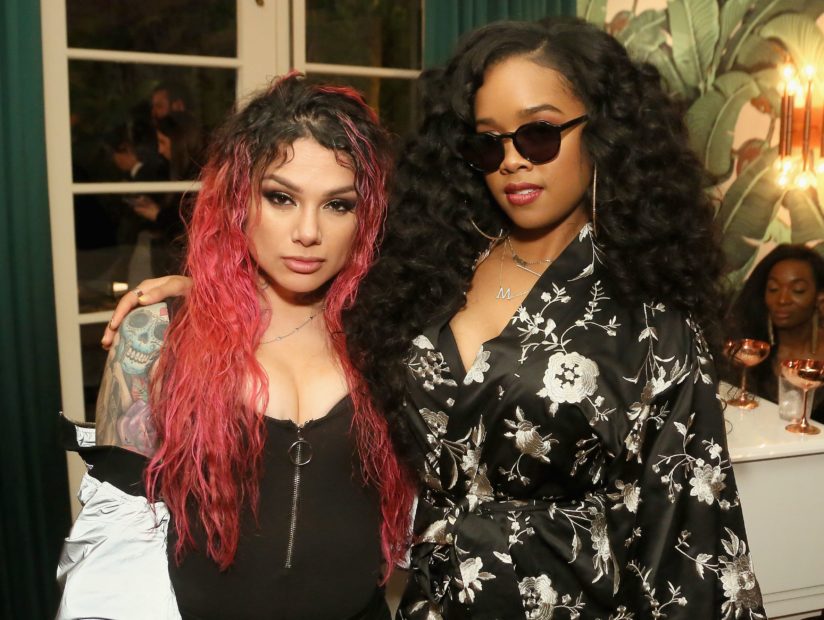 Los Angeles, CA – Glimmering R&B star H.E.R. loves to perform and that she did at Basic Magazine’s Pre-Grammy Party with Absolut Elyx this past Friday (February 9).

Ahead of her Best R&B Album of the Year Grammy win, top-tier artists such as Ty Dolla $ign, Jermaine Dupri, Snow Tha Product, Daniel Caesar and Jake Miller. Actors Shamier Anderson and Stephan James, BASIC magazine Publisher & Editor-in-Chief, Viktorija Pashuta, and BASIC CFO & Partner, Jackson Chong also gathered in the home of Jonas Tahlin, CEO of Absolut Elyx, to greet the “Focus” singer as they all celebrated her eight-page photo spread and article in the new Basic issue. (The Absolut Elyx cocktails — “Breakthrough,” “Lights On,” “Anti-Star” — were even her named in her honor.)

H.E.R. then figuratively burned the house down alongside her band inside the Gatsby Room for a jam session, performing a number of songs, including a duet with singer Stanaj.

Check out more flicks of the memorable performance down below.