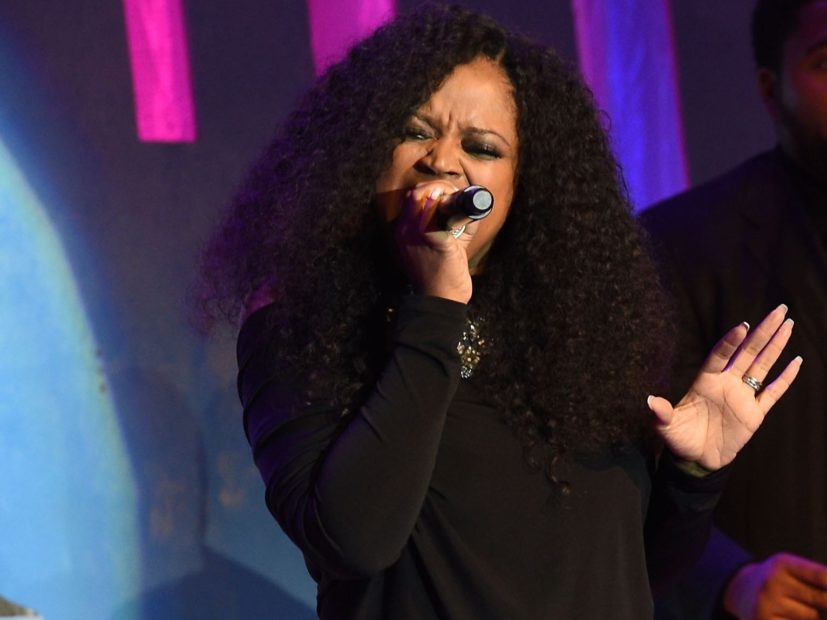 Las Vegas, NV – ’90s R&B singer Shanice had a huge hit in 1991 with “I Love Your Smile” but has been laying relatively low under ever since. That all changed on Saturday night (January 19) when she sang the National Anthem ahead of the Adrian Broner and Manny Pacquiao fight at the MGM Grand in Las Vegas.

There's been some terrible renditions of the American national anthem but this effort from Shanice last night before #PacquiaoBroner tops the lot. #MakeItStop ? pic.twitter.com/T9fyU2jsNj

Unsurprisingly, Twitter had its share of opinions and most people weren’t exactly impressed. There were basically three reactions to her performance. One, ‘Who is Shanice?’ Two, ‘Wow millennials really don’t know who Shanice is!’ and three, ‘What was that?’

Words like “butchered” and “ruining” were thrown around loosely as people struggled to understand what they just witnessed.

Nonetheless, Shanice didn’t seem to think anything was amiss and expressed her gratitude on Instagram.

Shanice is doing a lot with this National Anthem. #PacquiaoBroner pic.twitter.com/uD0pn4mjpm

Thank u Shanice for ruining the national anthem.

Shanice just fucked the national anthem ALL the way up. The fuck man. #PacBroner

#Shanice just BUTCHERED the National Anthem. One of these worst I’ve ever heard.

That national anthem was torturous! Who the fuck is Shanice? #PacBroner #PacquiaoBroner #Showtime