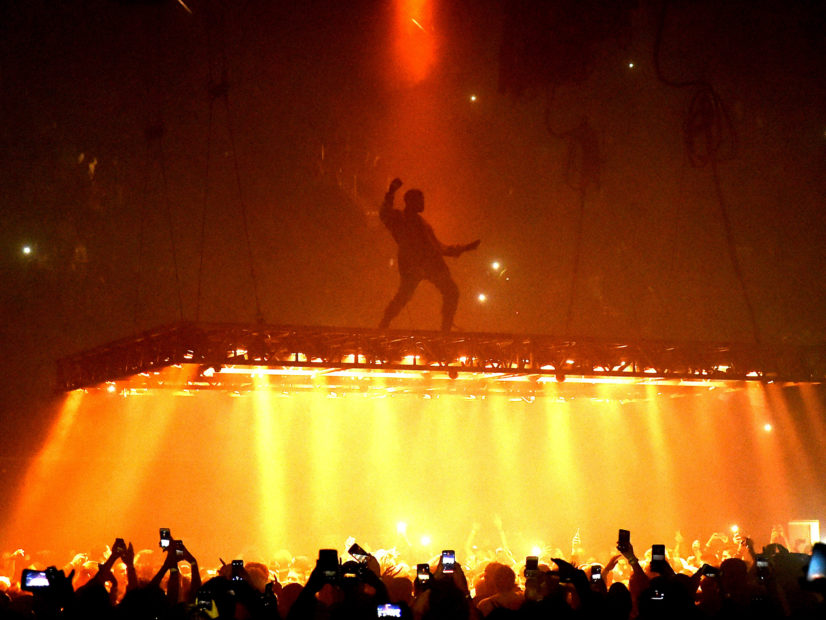 Kanye West Out At Coachella 2019 After Stage Demands Weren't Met

Los Angeles, CA – Whatever Kanye West has in store for his anticipated Yandhi album won’t be displayed on the Coachella 2019 stage.

TMZ has learned Yeezy and Goldenvoice Productions agreed to disagree when it came down to a traditional 60×40 foot stage.

Kanye reportedly called the purposed podium “artistically limiting” and a source even went as far to say, “These 40×60 stages are so archaic. It’s the same type of stage on which Shakespeare’s works were performed hundreds of years ago.”

The measure to have a gaudy stage show reportedly stemmed from the fanfare received from 2016’s Saint Pablo Tour. Kanye’s last Coachella appearance came in 2011 when he headlined alongside rock acts Kings of Leon, Arcade Fire and The Strokes. Rihanna, Childish Gambino and Justin Timberlake are said to be a handful of names being tossed around to headline this year’s extravaganza.

HipHopDX reached out to Goldenvoice for comment, which wasn’t returned as of press time.