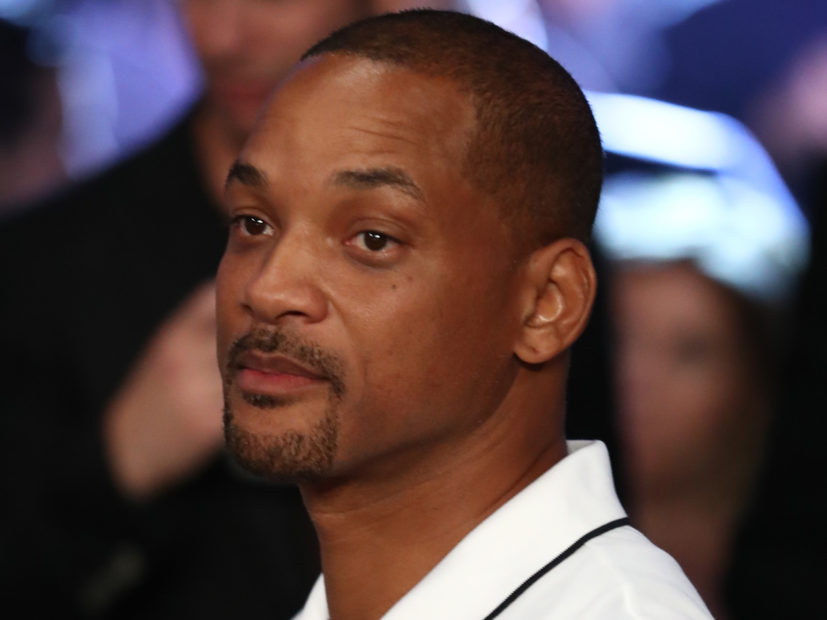 Will Smith Gets Dragged To Agrabah For His Aladdin Genie Look

And … he is being dragged to filth as we speak.

The cover features The Fresh Prince as The Genie, Naomi Scott as Jasmine, and Mena Massoud as Aladdin. And while Will is draped in gaudy, blue gear, coupled with the character’s signature top knot and goatee, there was only one important detail missing — his blue skin.

Of course, fans on Twitter took aim and sounded off accordingly.

Will Smith’s genie hair in the live-action #Aladdin is going to be a major source of anxiety for me in 2019. pic.twitter.com/FwG44LHiUj

They got Will Smith looking like Overton from Living Single. pic.twitter.com/1nJtPc8y9G

They could've picked the random people that dress up at the Disney parks and they'd look more the part than the cast of this movie. Will Smith's fuckin bun, what the hell lol. pic.twitter.com/VaUiOcMoLc

What could Will Smith possibly have done to deserve this? Jada is gonna have to do a whole episode of “Read Table Talk” about this hair piece. pic.twitter.com/wMm5fysIg0

ALADDIN- Right, but I don't get it

GENIE- Focus, man. Is not that hard; Ventus is part of Sora's heart. That's why Roxas looks like Ventus AND can have two keyblades; one for Sora, one from Ventus. Vanitas is back and wants to reunite with Ventus in order to open the Kingdom Hea pic.twitter.com/DjuG6OEPui

Despite the cover of him appearing without makeup, he assures fans that he will be as blue as the late Robin Williams’s 90s iteration.

Will Smith confirms that the version of Genie seen on the @EW cover is the Genie in 'human/disguise form,' and that his character will be mostly CGI in #Aladdin

The Guy Ritchie-directed film is slated for a May 24, 2019 release date. Fans can officially cast their judgment then.