HipHopDX – This week in Hip Hop, Kanye West went on another Twitter tirade to air out Drake and Travis Scott. Also, things got more awkward between Cardi B and Offset, and Kodak Black walked out of an interview on Hot 97’s Ebro In The Morning.

? Kanye has now addressed Travis in his beef with Drake. ? pic.twitter.com/V0T9GyoJiL

Following the OVO boss’ request, ‘Ye began going off on Drizzy for allegedly threatening him and not discussing their issues. West also dragged Travis Scott into the fray over the 6 God’s verse on “Sicko Mode,” which Kanye believes is a sneak diss.

At one point, ‘Ye put Drake on blast for going at him and Kid Cudi even though Drizzy is fully aware of their mental health issues.

In the aftermath of the Twitter rant, Kim Kardashian and Nicki Minaj came to Kanye’s defense. And by the end of it all, Yeezy informed the world that all is well with Travis after they talked to each other.

Cardi B Defends Offset’s Attempts To Get Her Back

No, Cardi B is not taking Offset back — at least not at this moment. The rap star is standing her ground in her choice to part ways with Offset even though he and his friends crashed her set at Rolling Loud this weekend in an attempt to win her back.

Before the stunt, Offset shared a video begging her to take him back. His efforts went up a notch at Rolling Loud, but she wasn’t having it. Still, Cardi disliked people harassing and critizing her baby’s father over the situation.

Read more about Cardi B and Offset’s relationship woes here.

Well.. that was awkward. Kodak Black walks out on his interview w/ @EBROINTHEAM.

Kodak Black wasn’t pleased when his sexual assault case was brought up during his visit to Hot 97’s Ebro In The Morning. Despite being there to promote his new album Dying To Live, Kodak walked out after being confronted with the legal issue.

“I did not want it go that way,” Ebro said the next day. “I’m not happy it went that way. I feel bad that it went that way, because I felt like I was honestly trying to have a balanced conversation with an individual who has a crazy past, dealing with some very real things, it’s very right now. It makes nobody happy. I really really wanted to end that in a good way.”

Some weren’t too happy with Ebro’s line of questioning either and dragged him on Twitter for it. Though Ebro doesn’t regret bringing it up, he didn’t like how it played out in the end.

#DXCLUSIVES: The King of R&B & Drake vs. Kanye West

So Who’s The Reigning King Of R&B Since Y’all Told Jacquees To Kick Rocks?

Jacquees came out this week claiming the King of R&B crown, which led to people looking at him crazy. In response, members of the HipHopDX staff discussed Jacquees’ claims and came to their own conclusion.

Chris Brown, Trey Songz, John Legend and The Weeknd are a few names that emerged in the debate.

Find out who DX staff crowned as the King of R&B here.

Opinion: Drake’s Attitude Towards Kanye West’s Mental Illness Is A Diss To Himself

In light of Kanye West’s recent Twitter tirade about Drake, HipHopDX writer Aaron McKrell opined about Drizzy’s behavior toward those he’s intimidated by as opposed to those perceived to be helpless.

“Drake’s pattern of behavior since his ascendence into superstardom has been that of a bully,” he wrote. “Whenever he catches a jab by someone above his pedigree – say, JAY-Z or Kendrick Lamar – he claims to take the “high road” by not responding. Yet, when he sees low-hanging fruit, such as Meek Mill, he goes into full attack mode.” 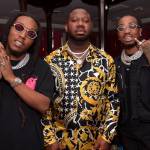 'I am not forcing anybody to be in business with us that has a problem and cannot communicate.' 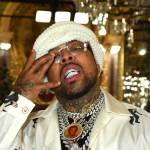 'Who Made the Sunshine' is in the can.

Max Julian issued a warning to the Quarantine Radio host.