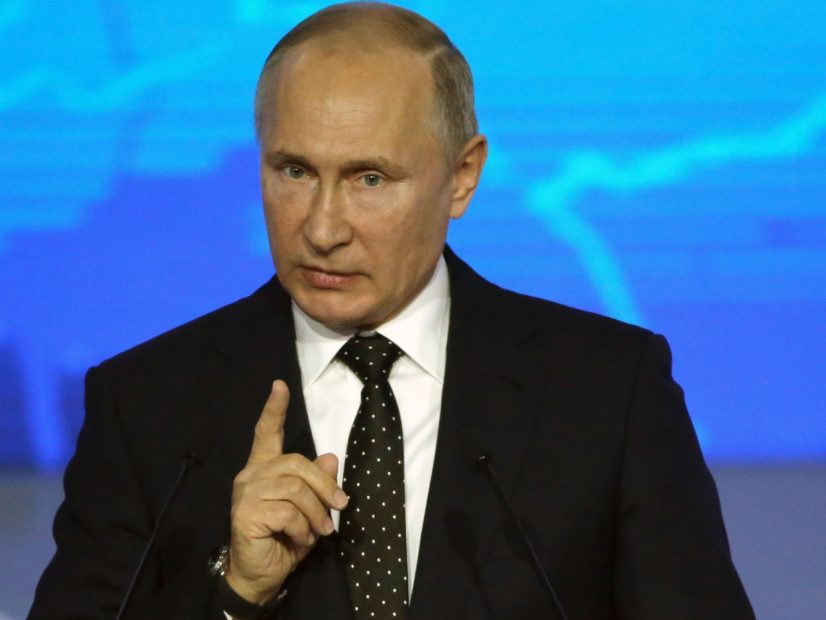 Moscow, Russia – During a meeting with several cultural advisers in St. Petersburg on Saturday (December 15), Russian president Vladimir Putin reportedly set his sights on rap music and criticized its perceived “drug propaganda.” According to the Associated Press, Putin wants to control — not ban — rap music in Russia.

“If it is impossible to stop, then we must lead it and direct it,” he said. “Rap is based on three pillars: sex, drugs and protest.” He added that he believes drugs are “a path to the degradation of the nation.”

Putin’s comments follow Russia’s growing censorship on contemporary music. Late last month, Russian rapper Husky was arrested after he held an impromptu show on the roof of a car. His concert in Krasnodar had been shut down on the evening of November 21 after local prosecutors told the promotors his show had elements of “extremism.”

Before the 25-year-old artist was taken away by police, he shouted, “I will sing my music, the most honest music!”

Putin has condemned other forms of controversial art in the past. In 2012, Russian feminist punk rock band Pussy Riot staged what was deemed a “sacrilegious” performance inside Moscow’s Cathedral of Christ the Savior. Consequently, two members of  were arrested on charges of “hooliganism motivated by religious hatred” and sentenced to two years in prison, sparking outrage across the pond.

As reported by Reuters, when asked about the arrests, Putin replied, “We have red lines beyond which starts the destruction of the moral foundations of our society. If people cross this line they should be made responsible in line with the law.”

Putin’s attitude toward rap appears to echo his feelings about the incident.