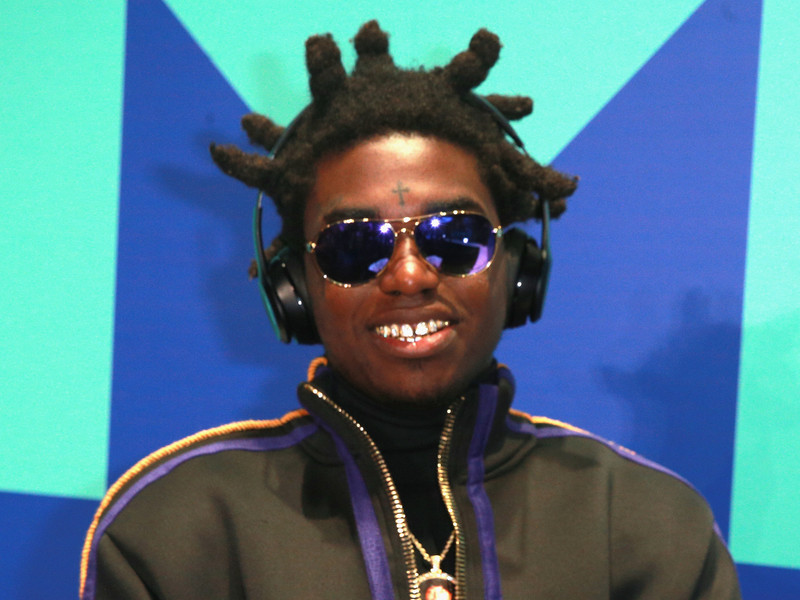 Miami, FL – Kodak Black recently appeared so smitten by Yung Miami, that he was willing to get down on one knee. On Monday (December 10), the Pompano Beach, Florida-bred artist was spotted with the City Girls rapper at Santa’s Enchanted Forest when he stopped in front of a concession stand, kneeled down and gave her a purple Ring Pop.

The stunt didn’t go unnoticed. In footage obtained by TMZ, the crowd starts cheering for the couple and yelling, “Congratulations” as Miami and Kodak embrace. However, it’s unclear if the two are actually engaged, simply playing around or filming a music video.

Kodak has sparked engagement rumors before. In October, the 21-year-old shared a since-deleted Instagram post featuring a box filled with gold roses and the caption: “She Said Yes.” But a few weeks before that, he claimed he was essentially over sex.

Miami’s most recent Instagram post doesn’t point to any kind of engagement. So for now, it’s probably safe to conclude it was either a joke or a scene from an upcoming music video. Only time will tell.