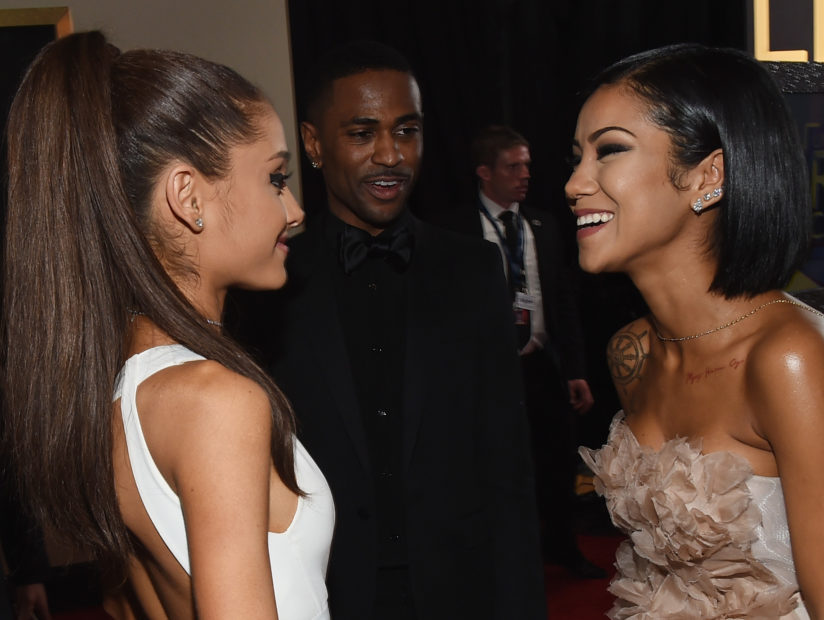 In her recent video for her Billboard-topping single “Thank U, Next,” Ariana Grande featured a Mean Girls-style slam book featuring all the boys she’d loved before. Though she’d given a thumbs-up to all her ex-boos — Pete Davidson, Ricky Alvarez — her shout-out to rapper Big Sean got tongues-a-waggin’.

When the “I Don’t Fuck With You” rapper’s scrapbook picture arose, the pop starlet wrote “So cute. So sweet.” Then, in parenthesis, the caption, “Could still get it” set things off.

Talk about shooting your shot. Or is getting your own rebound?

While fans took to social media to air their grievances about Grande being disrespectful to Big Sean’s current situation with Jhené Aiko, there has been some talk that Aiko and Sean have called it quits in light of her getting her controversial tattoo covered.

Ariana Grande hints that Big Sean could ‘still get it’ in her lasted music video thank u, next pic.twitter.com/9iubRJ82fA

ariana grande can say big sean "can get it" all she wants but the question is would he even give it??? he's with jhene aiko now looool she's so shady ?

Yes the #ThankUNextVideo is great BUT the part where Big Sean (Could still get it) is Disrespectful to Jhené Aiko!! Period. @ArianaGrande

If Ariana Grande is a Top, and I think it's very clear that she is, does that mean Big Sean is a…sub? ? interesting

At this point I’m glad Jhene Aiko deleted all her shit cause Ariana Grande fans are annoying and keep mentioning her when she clearly dealing with her mental health issues right now so she don’t need to see this childish shit anyway ??‍♀️

Lmaooooo Ariana Grande really put “could still get it” on Big Sean’s page in the Thank You Next video??????? she’s so bold for that

Ariana Grande mad disrespectful! You KNOW she probably hit him up like:

Ariana: Where you at?

Big Sean: On the way.

In response to Grande’s flirtatious remarks, Aiko took to her Twitter with two cryptic comments of her own.

takes skill to be real… time to heal each other ?

As of press time, Aiko’s Instagram comments are currently deactivated.