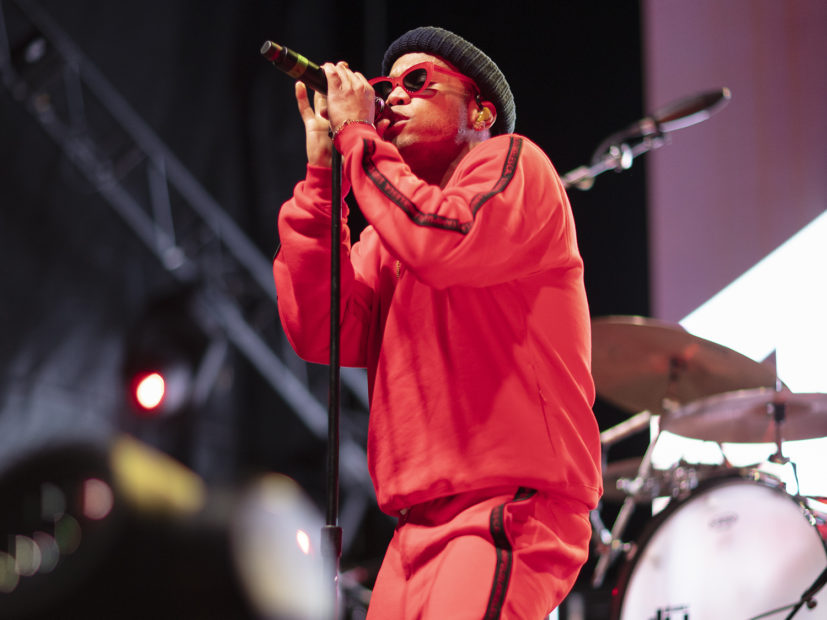 Los Angeles, CA – Anderson .Paak made a surprise appearance at the rebirth of Guitar Center’s iconic Hollywood flagship store on Saturday (November 3). The talented musician lit the stage with a performance of music off his album Oxnard, which released November 16.

The music retailer shut down Sunset Boulevard in honor of its newly reimagined $5 million 30,000 square foot facility. The event was also to celebrate the induction of Grammy Award-nominated singer, drummer and percussionist Sheila ‘E’ Escovedo to its historic RockWalk.

HipHopDX’s editor-in-chief, Trent Clark, actually got the opportunity to sit down with the Anderson at Comfort LA in downtown Los Angeles fresh off Oxnard‘s release for some good food and good conversation recently.

Signed to Dr. Dre’s Aftermath label, the California native shared with Clark how he and Dre are able to get through their creative differences.

“You just gotta fight for it if you really feeling it,” Paak said in the interview. “The people that he works with, he has that respect for. And if he’s putting that much time into it, he respects your opinion too. He’s not gonna put that much time into someone that he’s gotta do all the work. So, we meet each other halfway. And he’s always like, ‘Your call AP,’ at the end of the day.”

Peep how everything went down at Guitar Center’s Hollywood re-opening below.