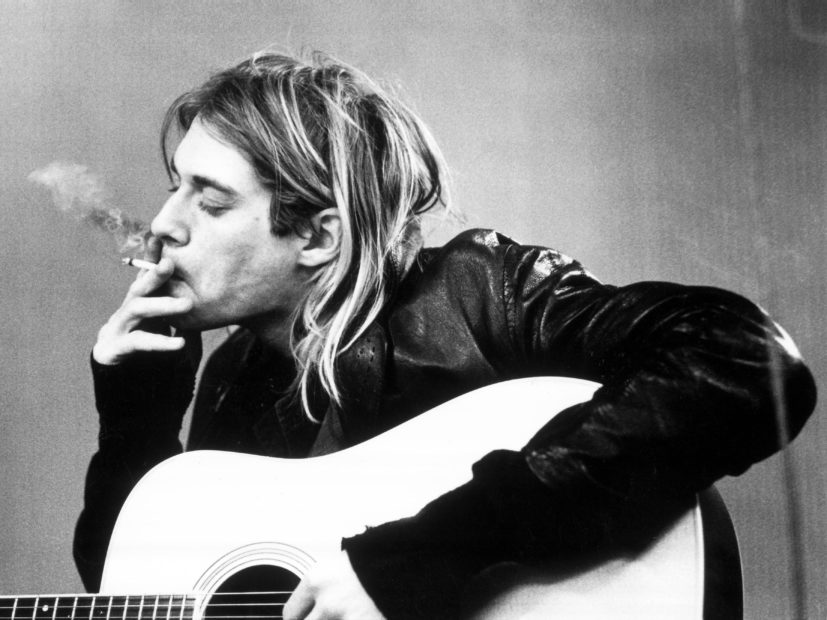 Nirvana frontman Kurt Cobain died over 24 years ago from a self-inflicted gunshot wound at his home in Seattle. But as one of the forefathers of grunge, the legacy he left behind is still being dissected.

Prior to the release of Nirvana’s iconic 1991 album, Nevermind, Cobain was asked about rap and white people engaging in the culture in a recently unearthed interview with Robert Lorusso. When Lorusso pointed out that Cobain had once said,  “The white man has ripped off the black man for long enough,” Cobain replied, “Oh I don’t know. Was I drunk at that time?”

He went on to say, “I’m a fan of rap music, but most of it is so misogynist that I can’t even deal with it. I’m really not that much of a fan.

“I totally respect and love it because it’s one of the only original forms of music that’s been introduced, but the white man doing rap is just like watching a white man dance. We can’t dance, we can’t rap.”

The interview was conducted on September 20, 1991 at the Opera House in Toronto, Canada, right before Nirvana was catapulted into mainstream success. Lorusso details the circumstances of the conversation on the Dead City Beat Bandcamp page.

“This is a terrible interview,” he begins. “I am not feigning self-deprecating modesty when I say this, this is objectively terrible by all journalistic standards. It is so for the following reasons: 1) my questions were poorly crafted because 2) my research was incomplete and inaccurate. I decided to release this now for the following reasons: 1) it’s still history, despite how poorly done the interview was, and 2) my friends keep bugging me to post this trash fire.

“So here you go, jerks. This is the entire unedited recording of the interview, in articulate musings and all. For context, the recording starts while Kurt Cobain and I were having a casual conversation about censorship. Specifically, he was asking if we had something similar to the PMRC that was attempting to censor artists. This is where the recording starts. It ends with him patiently recording a ‘Station ID’ promo for my university radio station, CHRW in London, Ontario, Canada. In between is well… yeah…not great.”

Lorusso ends his description with an interesting observation.

“Final take-away from that interview,” he concludes. “As we spoke I got a vague sense that he wasn’t really enjoying their success. I couldn’t understand it. I was so enamored with and envious of his talent and success I just couldn’t understand how he could have been so indifferent to it.

“A few years later it became very clear why. When I reflected on this experience, I realized that success doesn’t mean a goddamn thing if your world is falling apart. Depression is a cruel thief that bankrupts your life with one fleeting moment of joy at a time. It still bums me out.”