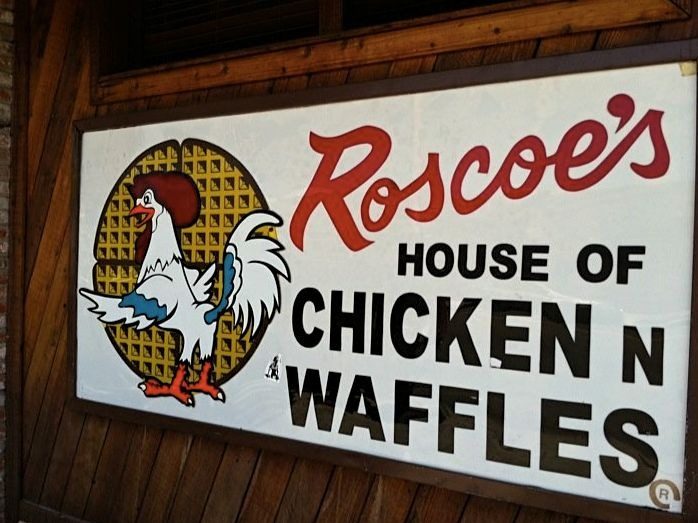 Los Angeles, CA – Roscoe’s House of Chicken & Waffles doesn’t play when it comes to its signature soul food dish. So when KFC put its own version of chicken and waffles on the menu, the longtime Los Angeles-based restaurant chain took notice.

In the Instagram comment section under a photo of KFC’s new dish, Roscoe’s snapped and chided KFC for even attempting to put it on its menu.

“Second to none!!!” Roscoe’s wrote. “Do y’all ever know the history of ‘chicken and waffles’ KFC settles for a líege type waffle. That’s not even a real waffle, it’s like a hard biscuit. If there’s one thing we do right, it’s ‘Chicken and Waffles’ just skip the hype and come check us out.”

#RoscoesHouseOfChickenAndWaffles stepped into #TheShadeRoom with a message for #KFC ?

The original Roscoe’s was established in Long Beach back in 1975 by Herb Hudson and four other New Yorkers. Interestingly enough, the soul food restaurant was named after a Caucasian cook named Roscoe, one of the first owners.

The Los Angels institution ran into some trouble roughly two years ago when Roscoe’s was forced to file for Chapter 11 bankruptcy, claiming a $7 million debt.

“Bankruptcy, Roscoe’s went, no they didn’t?” he told TMZ in March 2016. “I guess Ima have to buy it, man and make it Snoop Dogg’s Chicken and Waffles.”

It hasn’t quite come to that — yet.