Paisley Park, MN – ABC’s black-ish takes fans back to Paisley Park for its 100th episode as it dedicated the entire show to the late, great music legend, Prince.

In an interview with Vulture, black-ish showrunner Kenny Smith explained how the episode came together with series creator Kenya Barris telling a story of how he met a young man who has never heard of Prince (!).

“Over the summer, when we got together the first week [of the new season], Kenya [Barris] came in and told us this story about how he was at dinner with some friends and there was a guy in his twenties and they started playing Prince on the restaurant system. He was like, “Who is this?” Kenya was flabbergasted. “What do you mean, who is this? This is Prince,” he explained.

“Kenya actually gave him a list of songs he had to listen to. Later on the guy called him back — he went through Purple Rain and Sign o’ the Times, and he was a huge Prince fan by the end. So Kenya said he wanted to do an episode where one of the kids didn’t know who Prince was. We started developing it from there.”

Check out the show’s highlights above. 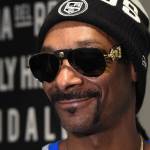 The Doggfather says his criminal record has been expunged, finally giving him the chance to cast a ballot. 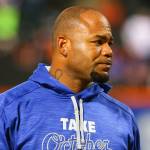