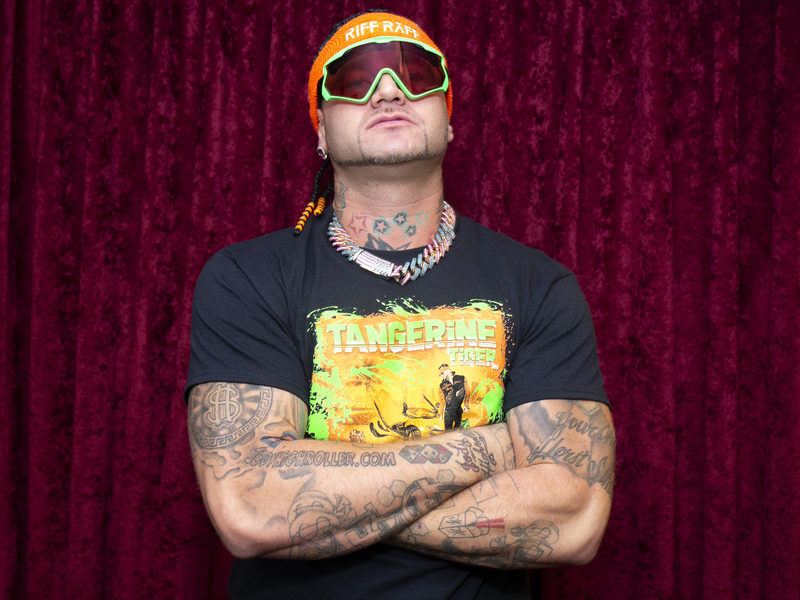 RiFF RAFF Reveals He's Victim Of Extortion Scam: ”You Ain't Gettin’ No Million Off Of Me”

Fresh off the release of the Tangerine Tiger album, RiFF RAFF took to social media to air out an alleged extortion plot. The self-proclaimed Peach Panther claimed he’s dealing with a $1 million scheme, which he’s been hiding from his friends and family over the past four years.

“I got to make a statement to my friends, family and all, all my loved ones that I’ve been keeping a secret for the last four years,” he said in an Instagram video. “I’ve been extorted, blackmailed and demanded that I give $1 million cash to an escorting agency and to a fake ass lawyer who’s been running scams, working contingencies upon athletes and high-end celebrities.”

He added, “Jack, you ain’t gettin’ no million off of me.”

FOR THE LAST 4 YEARS i HAVE BEEN EXTORTED & BLACK MAiLED FOR $1,000,000 CASH BY AN ESCORTiNG AGENCY FROM 2014 & FAKE PROMOTER & LAWYER WORKiNG FOR FREE TO DEMAND MONEY FROM HiGH END CELEBRiTiES. WE HAVE HiRED PRiVATE DETECTiVES AND POLiCE HAVE iDENTiFiED THEM AND FOUND THEY HAVE DONE THiS MULTiPLE TiMES. i HAD TO MAKE THiS ViDEO SO THAT iF ANYTHiNG EVER HAPPENS TO ME THEN PLEASE TAKE CARE OF MY HUSKiES THEY HAVE TO ALL 3 STAY TOGETHER.

In the post’s caption, RiFF RAFF said he’s hired private detectives. He also noted that police have purportedly uncovered the people behind the scam. At the end of his video, he made a cryptic plea to his family and friends.

“If anything ever happens to me, make sure to take care of my huskies,” he stated.

Hours later, he posted another video of a necklace blinged out with multi-colored stones and reiterated his intentions to not pay the extortionists.

“I LOVE DiAMONDS, GOLD & PORSCHES TOO MUCH TO EVER FORFEiT MY MONEY TO EXTORTiONiSTS,” he wrote in the caption. “TANGERiNE TiGER ALBUM OUT NOW.”

i LOVE DiAMONDS, GOLD & PORSCHES TOO MUCH TO EVER FORFEiT MY MONEY TO EXTORTiONiSTS ???? TANGERiNE TiGER ALBUM OUT NOW