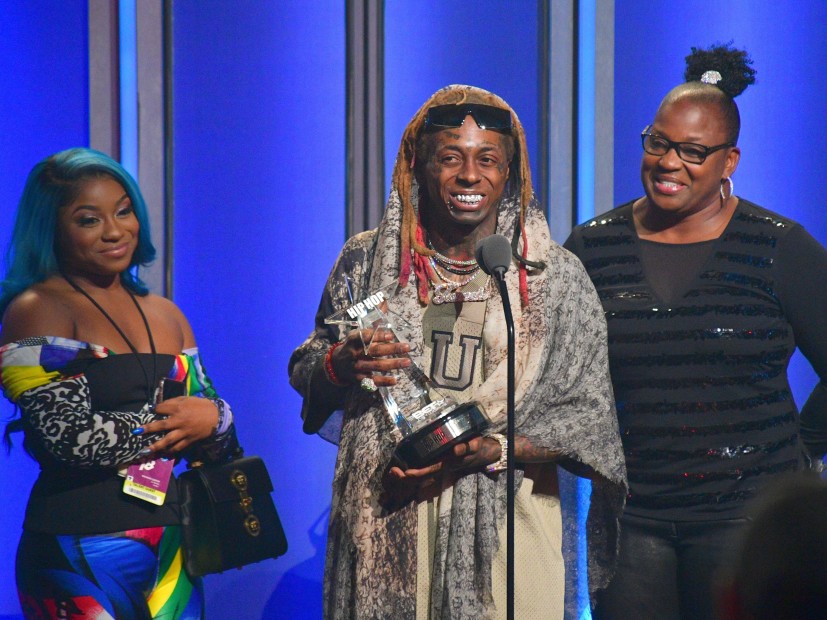 Miami Beach, FL – Lil Wayne was this year’s recipient of BET’s I Am Hip Hop award at the 2018 BET Hip Hop Awards. As part of his acceptance speech, Lil Tunechi recalled the day a white cop he calls Uncle Bob saved his life.

He was 12 years old when he suffered a self-inflicted gunshot wound at a New Orleans apartment. As people scrambled to get out of the building, Uncle Bob made sure to get young Weezy help. When EMS refused to take him by ambulance, Uncle Bob took matters into his own hands.

“There’s a man in New Orleans,” Wayne said. “His name is Uncle Bob. Came into an apartment one day, he bust in the door, guns drawn. He saw nobody. He saw legs on the floor. It was my legs. He saw blood everywhere. A bunch of police hopped over me, he refused to do so.

“I never knew — I talked to him the other day — I never knew EMS was on the scene. He said EMS tried twice and they told him there’s nothing. He refused to let that die. Forget an ambulance, he brought me to the hospital himself. He refused to wait, kicked in the doors and said, ‘Do whatever you gotta do to make sure this child make it.’ Not only that, that day Uncle Bob was a homicide detective. He was off on detail. He just heard the call and came. Not only did he refuse to sit … he refused to leave. He stayed and made sure I made it.”

.@LilTunechi emotional anecdote about his near-death experience puts his love and legacy into perspective. #HipHopAwardshttps://t.co/ZA0eh7npfb

Of course, Wayne has told this story before. In fact, he once used it to explain why he didn’t believe in racism.

“Yeah, he was a cop, and my life was saved by a white man,” he said in a 2016 interview with The Associated Press. “I don’t know what racism is. I know a good nigga named Uncle Bob, though. He was white as snow. Them niggas that hopped over me were blacker than me. [He] stood there and waited until the doctor said, ‘He’s gonna make it.’”

Check out the speech above and check out the footage from the I Am Hip Hop segment below.

.@LilTunechi 'is the definition of hip hop in all aspects'. #HipHopAwardshttps://t.co/tdzp2kSlGu