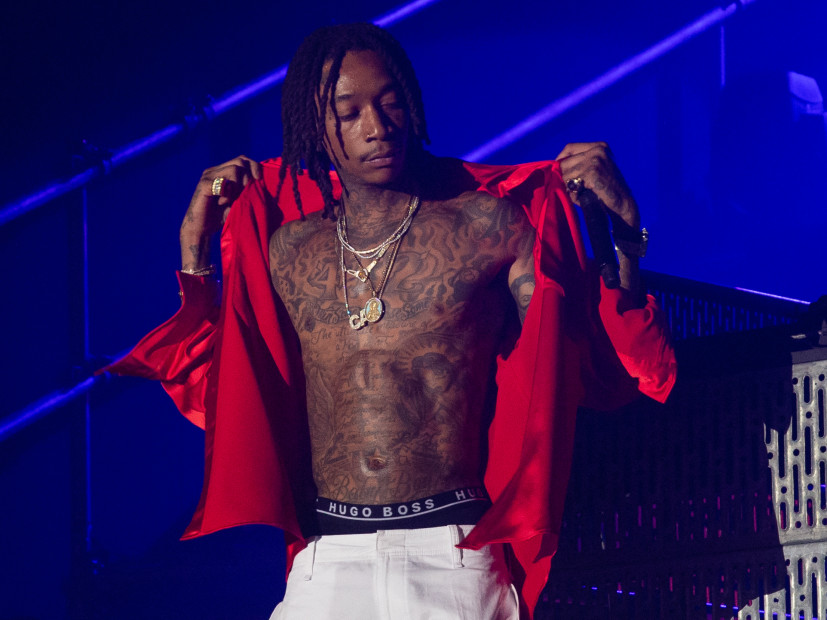 Las Vegas, NV – Longtime listeners of Wiz Khalifa are well aware of his harmonious tendencies in music (his most recent album in Rolling Papers 2 features collaborations with the likes of Ty Dolla $ign and Bone Thugs-n-Harmony).

So it should come as no surprise to many that he’s heavily debating an R&B project to add to his lengthy discography.

In a new interview with Uproxx, the Khalifa Kush founder replied “100%” when asked if he considered dropping an album with nothing but singing.

“It’s more open for me to do that now because of how music is being digested and especially since I put my album out now,” he explained. You have the album, now I can have fun and experiment and do some cool shit in between. So yeah, for sure.”

The now veteran rap star also cited the likes of Khalid, Ty Dolla $ign, Jacquees, Jeremih and H.E.R. as his favorite crooners of the moment.

And speaking of his tailor-made marijuana strain, Khalifa Kush, Wiz warned that Los Angeles residents were getting swindled at their local dispensaries.

“It’s at Reef out here [Las Vegas]. If you went to Reef then that’s the real thing. There’s none in L.A. There’s some in Denver, The Bay Area, and San Diego too,” he said adding, “the laws just changed in L.A. for it to be recreational so we’re just waiting for everything to turn over.”