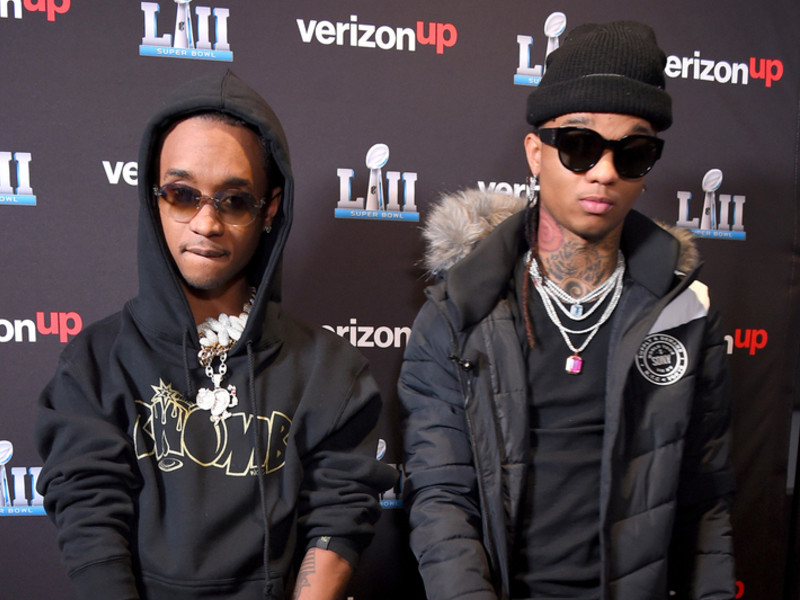 San Fernando Valley, CA – Rae Sremmurd have reportedly been the victims of a home invasion.

According to TMZ, the duo’s San Fernando Valley residence was robbed on Saturday morning (September 1). The armed robbery allegedly resulted in violence as a security guard was pistol-whipped by one of the thieves.

Law enforcement sources say four men in ski masks knocked on Rae Sremmurd’s door around 4:30 a.m. and attacked when a guard answered. They reportedly demanded to be taken to the house’s safe, stole it and fled the scene.

TMZ reports Slim Jxmmi was at the home when the robbery took place, but Swae Lee wasn’t there at the time. According to the outlet, multiple celebrities — including Wiz Khalifa and Christina Milian — have victimized by theft in the same area as of late.

Neither member of Rae Sremmurd has publicly commented on the incident at this time. But, Jxmmi did reference lyrics from Drake’s “God’s Plan” in a tweet on Sunday morning (September 2).

I don’t want to die for you to miss me. Yes I hear the things that they wishing on me.