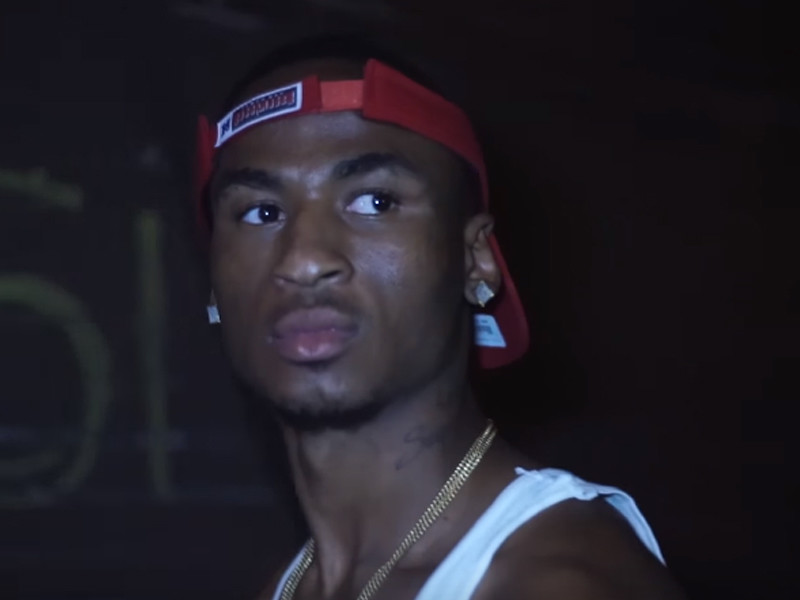 Washington, DC – The United States Supreme Court has declined to take the case of Mayhem Mal, a Pennsylvania-based rapper who was convicted of threatening police officers in a song. The Court dismissed his appeal on Monday (April 15), according to the Associated Press.

Mal, whose real name is Jamal Knox, and another rapper named Rashee Beasley were arrested on gun and drug charges in 2012. Following their arrest, they released a song titled “Fuck The Police” that referenced violence against Pittsburgh cops.

Knox was charged and convicted with terroristic threats and witness intimidation due to the track’s lyrics.

He attempted to appeal to the U.S. Supreme Court after Pennsylvania’s highest court upheld his conviction. Knox, who has already served his prison term for the crimes, claimed his song was protected by the First Amendment.

[This post has been updated. The following was originally published by Riley Wallace on August 22, 2018.]

The Pennsylvania Supreme Court upheld its ruling following a free speech appeal on Tuesday (August 22) by rapper Jamal Knox a.k.a. Mayhem Mal. Knox was prosecuted along with Rashee Beasley a.k.a. Soulja Beaz for (among other charges) making terroristic threats towards law enforcement via a rap song titled “Fuck The Police” released on YouTube back in 2012.

As reported by the Pittsburgh Post-Gazette, Knox’s lawyer Patrick Nightingale noted that his client did not intend his verse to be perceived as a threat. Additionally, he stated that neither Knox nor Soulja Beaz had uploaded the song to YouTube themselves. “There was no proof they intended the two officers to hear it,” he says.

As “artistic” as Nightingale claimed the track to be, Chief Justice Thomas G. Saylor, ultimately, wasn’t convinced that the contents of the song should be protected under the First Amendment. He cited that they not only named the arresting officers — but showed their images.

“As a rapper, you have to own an image,” said Knox back in 2014 after being sentenced to two to six years in prison and two years of probation for drug charges, fleeing police, and terroristic threats. “I’m sorry if any officers felt threatened. I apologize for putting the police in danger,” he told the court.

“Fuck The Police” is said to be aimed squarely at two officers that arrested Knox and his associates on various drug and weapons charges and were set to testify against them.

“Takin’ money from Beaz and all that shit away from me? / Well, your shift over at 3 and I’m gon’ fuck up where you sleep,” Knox raps.

Erik Nielson, a University of Richmond associate professor who studies rap lyrics and criminal proceedings, told The Washington Post that the decision could have adverse effects on the rap genre, as hyperbole-for-entertainment could be misconstrued as direct threats or admission to actual crimes.

“This is like what would happen if your grandfather tried to read rap music and understand it,” Nielson added. The song could easily be understood to be a remake of N.W.A’s iconic song of the same name, which Nielson noted is “one of the most famous political rap songs ever recorded.”

This is far from the sole example of rappers voicing their distaste for law enforcement, and also not the first time lyrics have been used against an artist in court. The prosecution famously brought up bars during the infamous 2001 trial that left former Bad Boy Records artist Shyne locked up for a decade.

The Chief Justice cited in his decision that he was sensitive to the deep-rooted political nature of the genre, but concluded: “they do not include political, social, or academic commentary, nor are they facially satirical or ironic.”

It likely did not help matters when Knox released a follow-up track shortly after titled “Prison Bound,” in which he noted, “It’s free speech, don’t need a threat — God gonna get you muthafucka.”