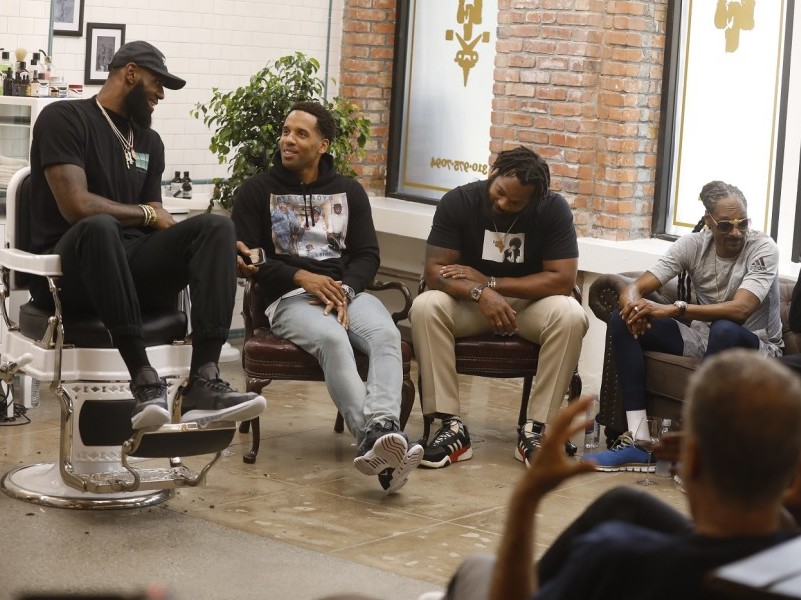 Virtually everyone within the Hip Hop ecosystem (should know) that the barbershop is the ideal breeding ground for healthy debates. And LeBron James and Maverick Carter’s award-winning digital media company, UNINTERRUPTED and HBO are looking to encapsulate such a phenom with their unscripted series The Shop.

“The Shop is exactly why we created UNINTERRUPTED,” King James said via press release. “Anyone who has been in a real barbershop, like the ones where I grew up, knows why this show can be so incredible. I’m really excited HBO believed in our idea and is helping us create something special.”

Peter Nelson, executive vice president of HBO Sports added, “LeBron James told us he wanted to create a place where athletes and artists can come together to share points of view freely. We are honored they want HBO to be the home of that conversation. We are pleased to partner with LeBron, Maverick Carter and UNINTERRUPTED on The Shop.”

The Shop is executive produced by LeBron James, Maverick Carter, Peter Nelson and Rick Bernstein, with Bentley Weiner serving as the supervising producer, and marks the second venture between HBO Sports and James and Carter’s media enterprises.

Earlier this year, HBO Sports announced the college sports documentary film Student Athlete, which is produced by SpringHill Entertainment and will debut on October 2.

Naturally, The Shop will also be available on HBO NOW, HBO GO, HBO On Demand and partners’ streaming platforms. The likes of Vince Staples, Michael Bennett, Victor Cruz, Jarrod Carmichael — among others are slated to appear on future episodes.