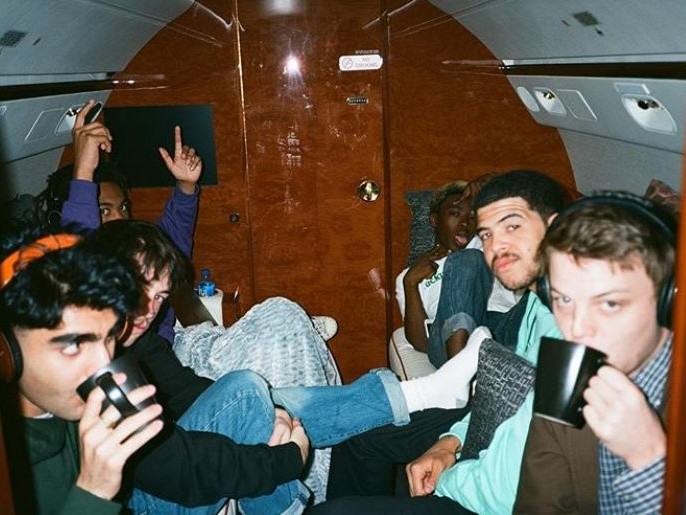 After teasing the appearance earlier this month, Brockhampton’s performance on The Tonight Show Starring Jimmy Fallon! has arrived.

The California-based Hip Hop collective made its national television debut on Wednesday (June 20) with “Tonya.” The song comes from the group’s forthcoming album The Best Years Of Our Lives.

[The original version of this article was published on June 14, 2018 and can be found below.]

Brockhampton has announced an upcoming appearance on The Tonight Show Starring Jimmy Fallon via Twitter.

The short video, which was uploaded on Wednesday (June 13), shows Brockhampton member Roberto Ontenient stepping out of a pool with the words “Brockhampton live on Fallon 06/20/18” written on his stomach.

The reveal comes at a turbulent time for the group. In late May, Brockhampton member Ameer Vann exited the group after sexual misconduct and abuse allegations surfaced.

From there, the remaining members of the Texas Hip Hop collective chose to cancel their remaining U.S. tour dates to “regroup.” They also postponed the June release of their PUPPY album.

This is the first official social media post on a Brockhampton account in well over two weeks.