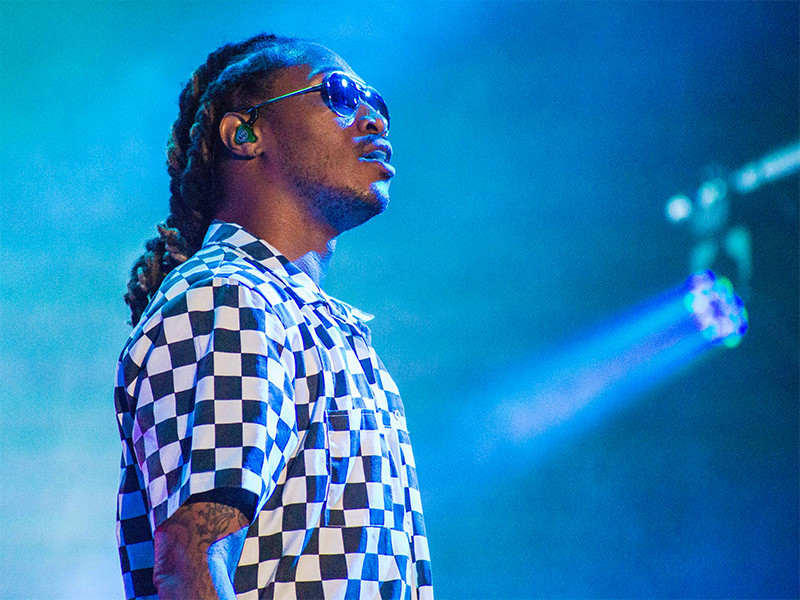 Future may have created a headache for himself with a woman named Shamartess Monique Whitsett.

In a series of Facebook posts on her personal profile, the woman claims Future promised to pay for her flight from Texas to California then never met up with her once she explained she didn’t want to have sex with him.

In her posts, Whitsett said she met Future at a Miami studio in March where he was “so cool and nice.” When he recently told her he wanted to see her, she booked a flight for $550, which she says Future promised to pay back “1000%.”

Once she arrived at the agreed-upon Loews Hollywood Hotel, Future reportedly told her to get into some lingerie. When she deaded the idea of having sex with him and asked if she would see him at all on the trip via text, Future replied with, “I’m good luv. Enjoy.”

Whitsett believes Future only booked her hotel room for one day to have sex then leave. She posted screenshots of her alleged text conversation with Future and it appears when Future told her he’d pay her back 1000%, he was confirming how serious he was and not the amount of money he would pay back.

Whitsett has been getting a mix of feedback from people on her Facebook, disparaging comments and support alike. She also posted to her Instagram Story to defend her choice not to have sex with Future and clear up any rumors of her being a model, rapper, or singer.

Check out the alleged text messages below.

Instagram Model Calls Out Future For Leaving Her Stranded In California After She Refuses To Have Sex With Him; Says He Never Reimbursed Her For Her Flight – blogged by @MsJennyb (swipe) ⠀⠀⠀⠀⠀⠀⠀⠀⠀ ⠀⠀⠀⠀⠀⠀⠀⠀⠀ On Sunday, a woman called out rapper #Future for leaving her stranded in California after allegedly encouraging her to travel across the country under false pretenses. ⠀⠀⠀⠀⠀⠀⠀⠀⠀ ⠀⠀⠀⠀⠀⠀⠀⠀⠀ In a series of Facebook Posts, Instagram model, #ShamartessMoniqueWhisett explained that she first met Future in Miami in March. At the time, she said Future was nice, cool and never even tried to have sex with her. But, just three months later, she said the rapper hit her up to reconnect and that’s when things reportedly took a turn for the worse for Whisett. ⠀⠀⠀⠀⠀⠀⠀⠀⠀ ⠀⠀⠀⠀⠀⠀⠀⠀⠀ “Like 3 days ago he told me he wanted to see me so I told him to book my flight,” she wrote. “He told me to book it and he will give me my money back which was a 1000% of what I paid for my flight … I paid 550 for my flight so when I got here he suppose to been giving me 5500.” ⠀⠀⠀⠀⠀⠀⠀⠀⠀ ⠀⠀⠀⠀⠀⠀⠀⠀⠀ “He already booked my room and he had a key left for me at the front desk…,” she continued.” So I get settled in and text him…he called me on FaceTime telling me I suppose to be waiting on him in the room with lingerie.,. for one lingerie ……to read the rest log on to BallerAlert.com (clickable link on profile) ⠀⠀⠀⠀⠀⠀⠀⠀⠀ ⠀⠀⠀⠀⠀⠀⠀⠀⠀ Would you have flown across the country for Future? Swipe for more.