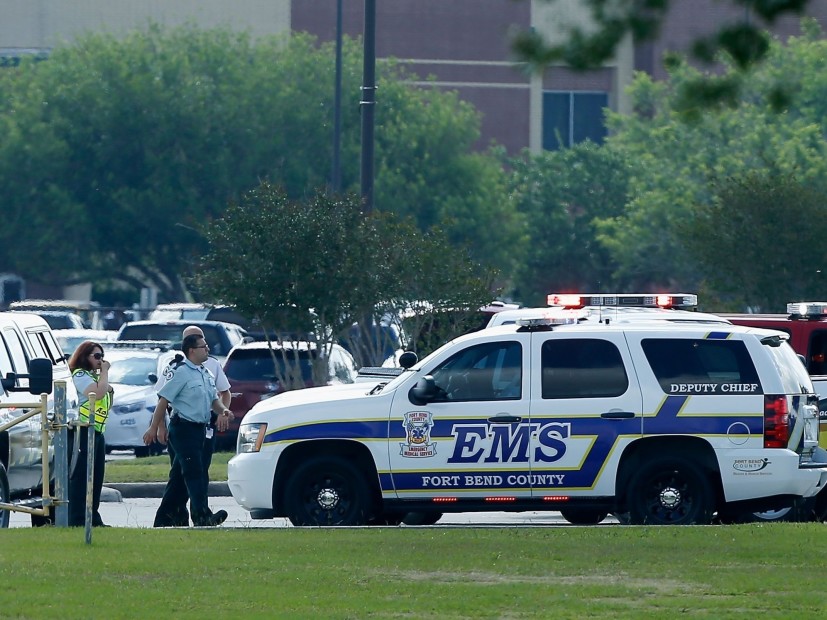 Shots erupted at Santa Fe High School in Sugar Land, Texas on Friday morning (May 18). According to CNN, the gunman — identified as 17-year-old Dimitrios Pagourtzis — entered an art school classroom and opened fire. Ten fatalities have been reported and 10 others were wounded. Two suspects, including Pagourtzis, are in police custody.

CNN reports retired Houston police officer John Barnes, who was working at the school, was one of the people shot at Santa Fe High School. Houston’s police chief tweeted that he visited the hospital where Barnes was being treated and that Barnes was “hanging in there.”

In a letter issued to the community, school district officials wrote, “Today is a day to be in mourning those we have lost and nursing those who are hurt. We are in this together.”

Social media erupted with reactions to the tragedy, including Bun B, Khalid and CHIKA.

My prayers go out to everyone affected by the Santa Fe School shooting. Something needs to change. kids should not have to fear for their life while going to school, they should feel safe. We need control

#SantaFe my heart is with you. ?

Tragic that this happens here in America! https://t.co/Dg3P4TKCHc

i wasn’t gonna say anything about the Santa Fe shooting because there really isn’t anything to say that hasn’t been said before. but that’s so scary to me. even i was almost desensitized into silence.

Sending love to all of the families and students in Santa Fe, Texas. This just has to stop. ?

Santa Fe High School… our prayers are with you. This will not end until our leaders act. #Protectourchildren pic.twitter.com/sFBJQPfa4K