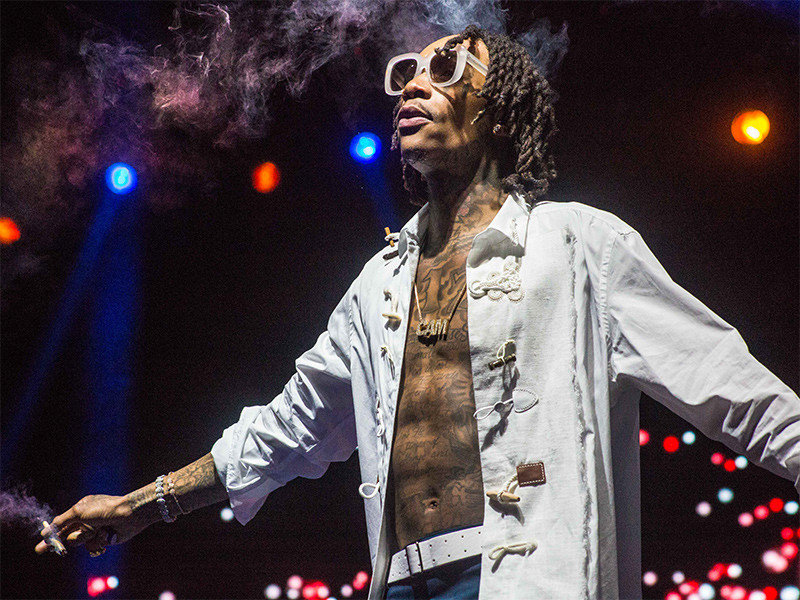 Wiz Khalifa Says He Could Be Pro Fighter But Prefers Rapping

Ahead of the July release of his upcoming album, Rolling Papers 2, Wiz Khalifa has been getting in fighting shape.

TMZ caught up with the “Black and Yellow” rapper at LAX, and asked him about Jay Glazer’s recent comments about him.

The NFL analyst and gym owner recently said Khalifa is “really good” at fighting, and was the only one who was able to give Glazer an injury body shot. Glazer also said that, if Khalifa really wanted to, he could go pro with his MMA career because “his work ethic is ridiculous.”

Khalifa agreed with Glazer’s assessment and said that while he would love to take his MMA career to the next level, he’ll need a lot of financial incentive.

“You gotta pay me a whole bunch of money to get me to fight, man,” he said, adding that while he prefers rapping to fighting, he’s having “a lot of fun” while training with some of the best MMA fighters in the world.

For his part, Glazer agrees. “I hope he continues to make his money without getting punched in the face,” he said.