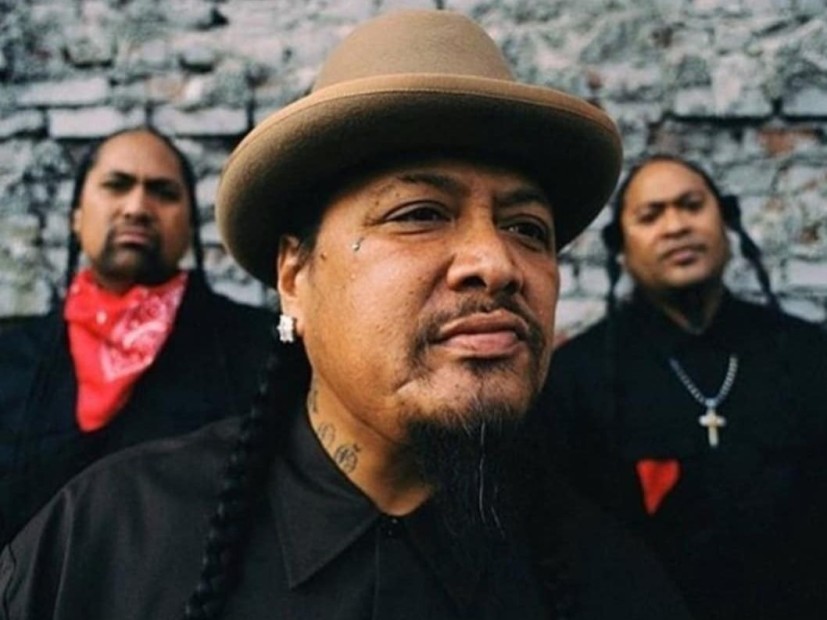 Hip Hop Pays Respects To The Godfather Of Boo-Yaa T.R.I.B.E.

Carson, CA – Ted “The Godfather” Devoux — founding member of the legendary West Coast Hip Hop group Boo-Yaa T.R.I.B.E. — passed away on Sunday (April 29), according to a Facebook post from his fellow T.R.I.B.E. members.

The Carson, California native established the Boo-Ya T.R.I.B.E. in the late ’80s alongside his Samoan brothers Paul, Donald, Roscoe, Danny, David and later Vincent Devoux (who stepped in to fill David’s role once he left).

The first part of the group’s moniker was intended to represent the sound of a shotgun blast, while the acronym in the second half of the name stood for, “Too Rough International Boo-Yaa Empire.”

In 1993, the West Coast gangsta rap pioneers appeared on the Judgment Night soundtrack performing “Another Body Murdered” with Faith No More. Following the news of Devoux’s death, fans of the Mike Patton-led band spoke to FNM bassist Bill Gould who talked about the making of the song.

“We didn’t know the Boo-Yaa guys before we did the collaboration…in fact, we met at the studio. They were all great musicians in their own right, and what was surprising is that we clicked immediately on a musical level. Once the instruments were set up, we proceed to do a probably 30 minute jam, which I have to say was excellent. Sadly, the engineers thought we were just soundchecking.”

So we did another, for probably another 30 minutes straight. It was also really good, maybe not quite the same as the first attempt, but great nonetheless. However, as luck would have it, the producer had forgotten to hit “record”. The music on this soundtrack came from our 3rd attempt, which turned out ok, but sadly probably the least interesting of the three takes.The Godfather was cool, everyone in the band deferred to him, he was definitely a respected leader.”

Over the years, Boo-Ya T.R.I.B.E. has collaborated with Hip Hop artists like Mack 10, Eminem, Layzie Bone and Luniz’ Yukmouth, among others.

RIP to the homie ‘Godfather’ of the West Coast OG Boo Yaa Tribe Respect and Love to the family. You were a Real one….. pic.twitter.com/OgKtnnUOAa

R.I.P (Real Immortal Piru) GODFATHER. WITH LOVE AND RUSPECT OUR CONDOLENCES GO OUT TO THE ENTIRE TRIBE FOR THIS LOSS. Alofa,Lo pic.twitter.com/FOUPbW8FYS

RIP OG Godfather from Boo-Yaa Tribe ?? Condolences to my guys Monsta-O, Ganxsta Ridd and the family.

Rest In Peace to the Triple OG, OG Godfather of the legendary Booyaa Tribe, a true West Coast legend & Carson hometown hero & Portland's own @StarChile, a legend in his own right. U will be missed #OGGodfather #BooyaaTribe #Starchile #RIP

#RIP Godfather. You and #BooyahTribe laid the path for us. You’re A CArson legend & more than that; a West Coast TripleOG! Salute the Uso

Godfather’ of the West Coast OG Boo Yaa Tribe Respect and Love to the family. My condolence goes out to your family. I'm from the east coast and y'all made a impact all the way over here. R I P gone but you will never be forgotten. PEACE pic.twitter.com/EnRNCN5UZG