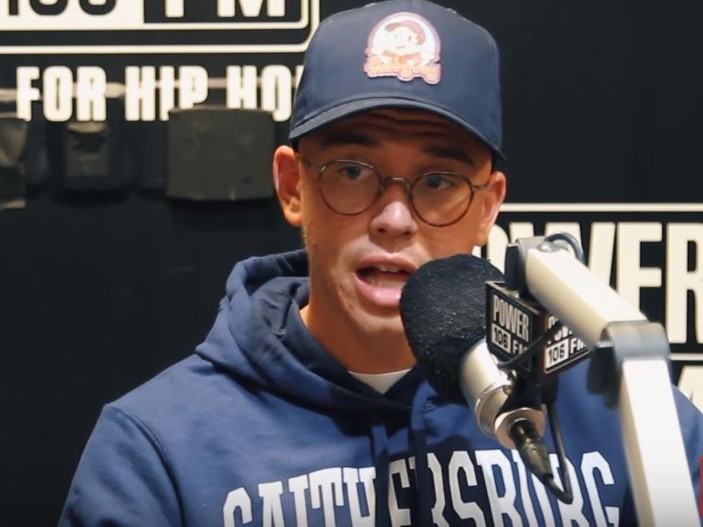 Logic Was So Impressed By "KOD" He Texted J. Cole

Grammy-nominated rapper Logic recently appeared on Los Angeles’ Power 106 to discuss a variety of topics, including Kanye West, J. Cole’s new album, and the stash of completed albums he has.

When asked if he would ever work on a collab album with another artist, Logic swiftly offered a “no” as his answer. He did later reveal he’d be open to collaborating with Kanye West on the production side and would also be willing to consider one day touring with Drake.

Even though Logic revealed during his interview that he doesn’t “really listen to much rap like that,” he did confess to hearing J. Cole’s new KOD album.

Logic says he was so impressed by the album that he was moved to text Cole.

“It’s so dope. I texted him about it and told him all the stuff that I took from it,” Logic said. “And what it meant to me. And how he just had such a great message. But to me it wasn’t like he was preaching this message … I felt like he kinda stylistically took some of these younger dudes’ flows and flipped it in a much better technical way with a real message behind it.”

Logic also confirmed he has several completed albums under his belt due to the variety of projects he’s working on.

“I have several albums that are finished. 100 percent,” he shared. “But that’s not some wack-ass rapper flex. Like ‘Yeah, I got all this.’ For real. The reason I have all that done in advance is because of the films and the novels that I’m doing. And the TV show. All the stuff that I’m starring in and writing in. And the production company. And the record labels. And the artists I have signed. So, I wanna make sure that everything gets its proper time.”