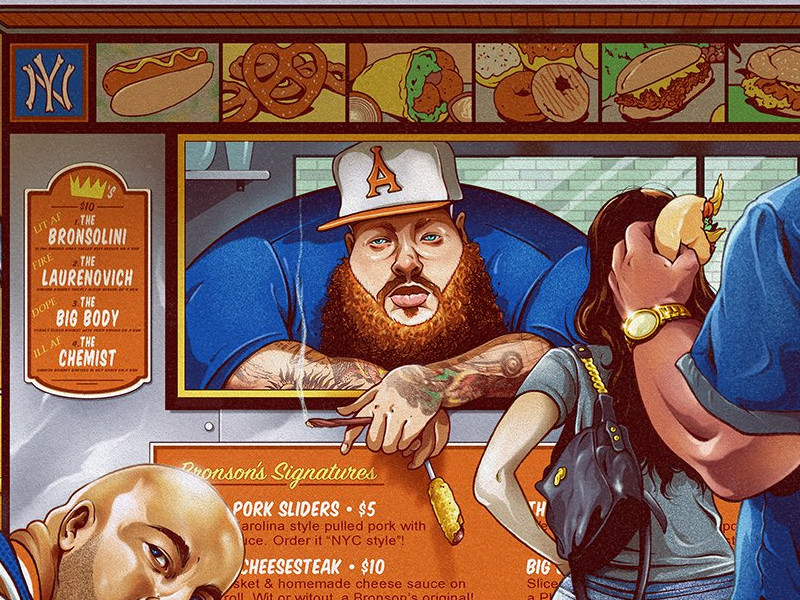 Philly-based illustrator and fine artist Chris B. Murray is putting on for the culture with his new poster series, “Rap Kings.” The ongoing 30-piece series pays tribute to a formidable list of both contemporary and golden era lyricists.

“I grew up studying comic book art and Hip Hop music,” Murray told HipHopDX about his inspiration for artwork.

This series is actually his second Hip Hop showcase. Just over a year ago, he dropped a ’90s-themed poster series. But as he explained to DX, he felt like there was more to do.

“There were way too many favorites of mine that I wasn’t able to illustrate, so I’m lumping some of those guys in with this new series,” he explained. “It’s also a way for my 34-year-old self to keep up with the new music that’s being pumped out. As much as I love my ’90s era, I don’t want to limit my musical taste buds by being stuck in the past. So, I’m paying tribute to current artists that I feel are carrying the torch forward.”

To date, he’s released two posters in the new series featuring Action Bronson and DOOM. Next up is Run The Jewels followed by Kendrick Lamar.

“When finished, it’ll be an exceptional body of work,” Murray noted.

All posters are for sale via Murray’s website. His full lineup can be found below, though he plans to add five more for a total of 30.