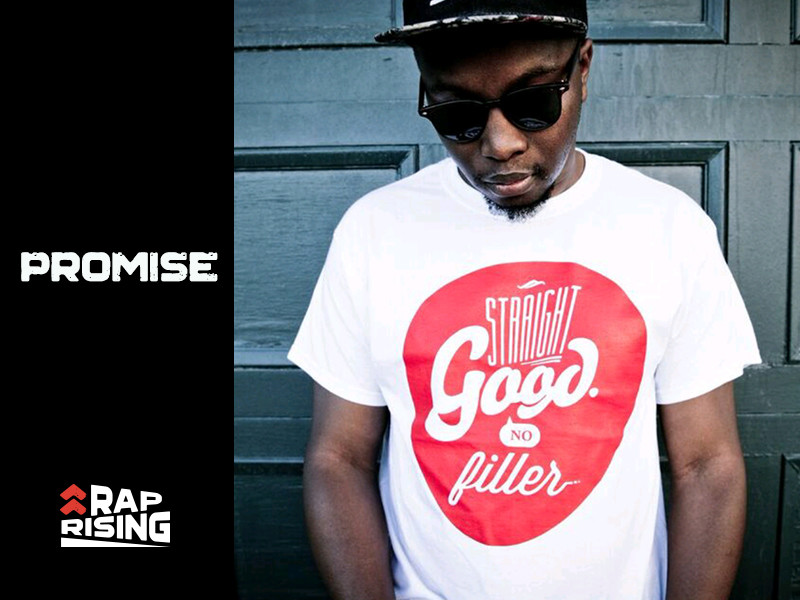 Countdown To HipHopDX At SXSW: Promise

Toronto-based artist Promise started out 2018 with the release of his single “Priorities,” following it up with the music video to his song “Special,” which was produced by Juno Award winning artist Rich Kidd. The Hip Hop artist has collaborated with some big names including MC Jin and Montell Jordan for his 2016 EP, TellAVision. Before that he worked with singer Jhene Aiko and rap superstar Drake, who he met on the set of Degrassi: The Next Generation.

Promise had the opportunity to help craft the soundtrack for the Netflix documentary End of Malice, which featured appearances by Pharrell, Pusha T, No Malice, and Promise himself. Promise has made a pledge to his fans to release at least one song a month for the rest of his musical career in an effort to take his personal brand iPROMISEMUSIC, to a larger audience.

HipHopDX: Have you performed at SXSW before? If so, what makes this year different than previous ones?

Promise: I have performed at SXSW many years consecutively, have been in front of crowds both as a signed and unsigned artist. This year is different because I keep getting better at my craft and this music is some of my best to date.

Connecting with brands. Being able to connect with HipHopDX means most to me because you were the first blog to show me love as an indie so long ago finding my single featuring eLZhi (of Slum Village) and reaching out to begin that friendship and show support.

I really wanted to connect with Jhene Aiko as she’s on my most played song (according to Spotify) but we haven’t really been able to build much yet. Being in Canada has made it a bit of a challenge which is why I love this festival it makes things a bit easier to build with people and collab, etc. I’m also looking forward to August Greene, The Roots and others.

I make really good music and I’m a really nice guy so if for some reason you didn’t hear anything you liked (highly unlikely) we could hang out and eat some amazing food together.

I believe it was in Detroit many moons ago and my best memory was me rapping an acapella (something I was known for back then mixing that spoken word element into my set) and someone was feeling the lyricism so much that he dropped his glass out of his hand in complete shock. It was great and reaffirming.

I can’t remember my very first one though I do know I was in college for a semester at the time because I had promised my parents I’d give school a chance (a year to be exact). They just wanted the best for me and once I showed them that music could be a paid career they were on board. My first “big” paid gig was on an award show and was $1,500 for 30 seconds. I do remember that because it was an eye-opener to things that were possible for us and it also led to me being in the film union, movies, TV shows, etc.

What’s a unique fact about yourself that you want your fans to know?

I was a playable character in the NBA 2K11.

Check out Promise at DX’s Rap Rising showcase at SXSW on March 16 at The Parish.