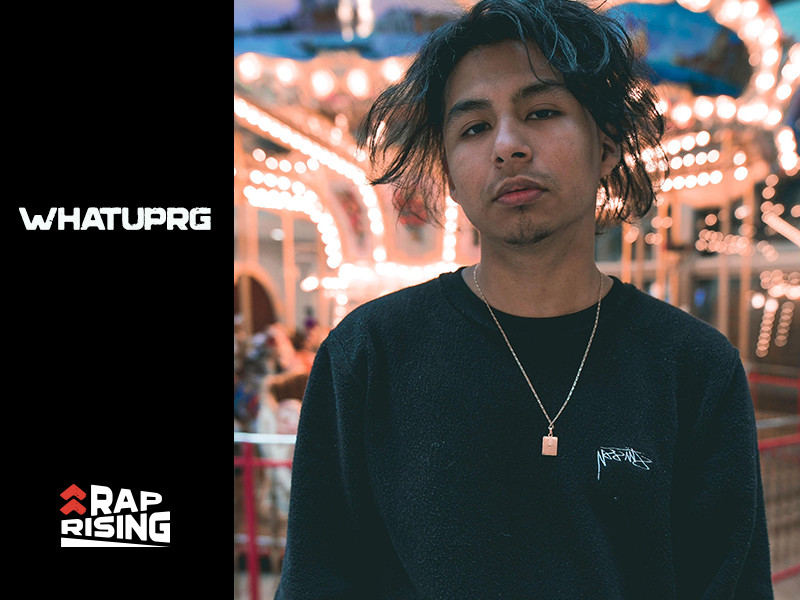 Countdown To HipHopDX At SXSW: WHATUPRG

WHATUPRG is a Mexican-American artist/producer from Gwinnett County, Georgia. Even with only a few singles out, RG has managed to garner an impressive resume over the last two years with credits including a feature on Derek Minor’s High Enough EP and, more recently, the Lecrae and Andy Mineo-assisted “Light Work” from the 116 collective.

We had a quick chat with WHATUPRG as he prepares to rock DX’s SXSW showcase stage.

WHATUPRG: This is my first SXSW.

Just the experience, overall. Not sure what to expect but I’m excited to be with my friends and make memories.

Everything. Whatever I can make it to, I’m there. I got friends performing on other stages so you know I gotta support.

I feel like everybody’s there to prove themselves or maybe even validation. I could be wrong but I’m just there to have a good time. Come through and party with the kid.

Orlando, Florida. I got paid with Disney Land tickets and I wasn’t mad. I was like 12 at the time. Before I had bills and responsibilities.

I don’t quite recall. My mom used to manage me and she always made sure at least the gas was taken care of but she was too nice. I think I started making real money last year.

If you’ve watched The Breakdown, what was your favorite episode? Did you agree or disagree with it?

Damn, they’re all dope. The Will Smith one was great. I definitely agree with the Andre 3000 Is The GOAT one but I think the 3 Lane Theory video was my favorite. I love how broad Hip Hop is and can be. There’s room for all of us.

What’s one unique face about yourself that you want your fans to know?

I actually started writing raps in Spanish when I was 12, it was just easier because it’s my first language. I might just start doing it again.

Check out WHATUPRG at DX’s Rap Rising showcase at SXSW on March 16 at The Parish.