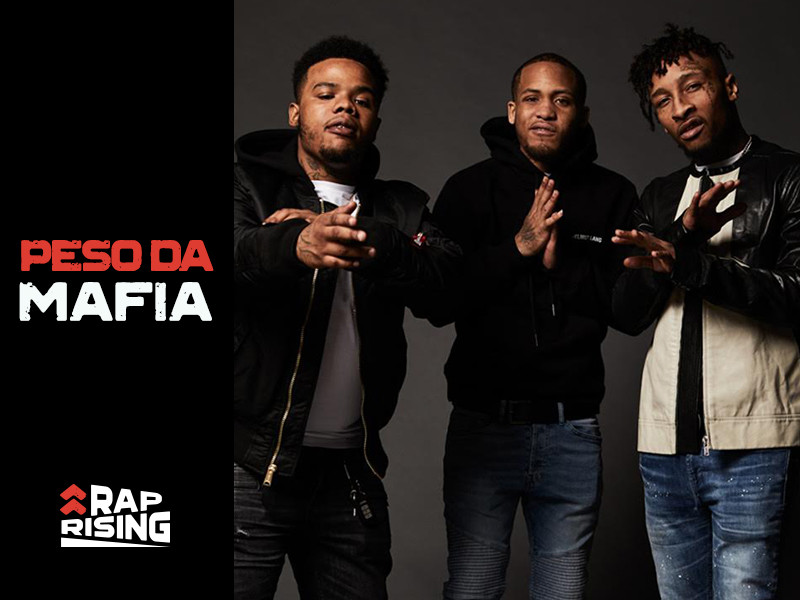 Peso Da Mafia has come up in the ranks as one of the hottest rap groups out of Northern Baltimore. The rap trio of 21-year-old Shordie Shordie, 22-year-old PDM Purp, and 20-year old Lor Dee hit the scene in the summer of 2016 with their first single “Praying on My Knees,” but really started blowing up in their hometown and across the internet in 2017, thanks to their fire track “Money Man,” which has racked up more than 3.5 million views on YouTube.

Before the group rocks the stage at DX’s SXSW showcase this month, HipHopDX had a quick chat about what the group is most excited about for the festival.

HipHopDX: Have you guys every performed at SXSW before?

Peso Da Mafia: No. This is the first time. Definitely won’t be the last.

Would you perform at SXSW again given the chance?

What are you most excited for performing at the festival?

The new experience, winning new fans and being around other artist that take music as serious as we do.

Do you guys plan on watching other performances? Which ones are you most likely to see?

No particular artist, but excited to enjoy the whole experience and festival as a whole

The best part has just been the anticipation of everything. Always heard about SXSW but never knew when we’d be doing it. We’re excited to take advantage of the opportunity.

Our energy is new. We just want the people to experience that energy with us.

Cambridge, MD was our first show, it was dope they showed us love.

It was Fortune Boomin party here in Baltimore.

Check out Peso Da Mafia at DX’s Rap Rising showcase at SXSW on March 16 at The Parish.