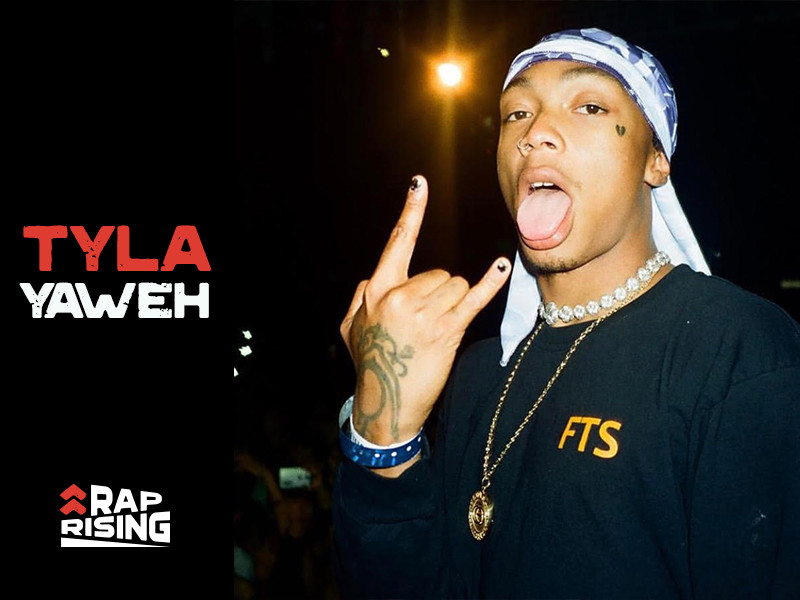 Tyla Yaweh is a 22-year-old LA-based rapper who originally hails from Orlando, Florida. After recording songs and performing all across LA, Yaweh caught the attention of Post Malone’s manager Dre London, who added him to the management roster of London Ent.

With a high-energy live show and music recorded with French Montana and A$AP Rocky, Yaweh has become an artist to watch, especially after the release of his “Drugs and Pain” single. His new single “Wildlife” will be released soon.

HipHopDX got a chance to chat with Yaweh as he prepares to take the stage for the first time at SXSW this year.

HipHopDx: Have you ever performed at SXSW before?

What are you most excited for performing at the festival this year?

Just doing a lot of showcases & meeting the fans.

Not sure yet, will be watching out for everybody for sure.

The best part about it is that I love doing it. I love the connection I build with the fans & always want to make sure they are having a great time.

Because I fucking rage and always put on an awesome show.

The first show I did outside of Florida was in North Carolina, it was funny cuz that was the first time I crowd surfed & the fans dropped me lol. The best part of it was just having the power to connect with the audience.

I might run for president one day, if Trump can do it and win, I can too.

Check out Tyler Yaweh at DX’s Rap Rising showcase at SXSW on March 16 at The Parish.