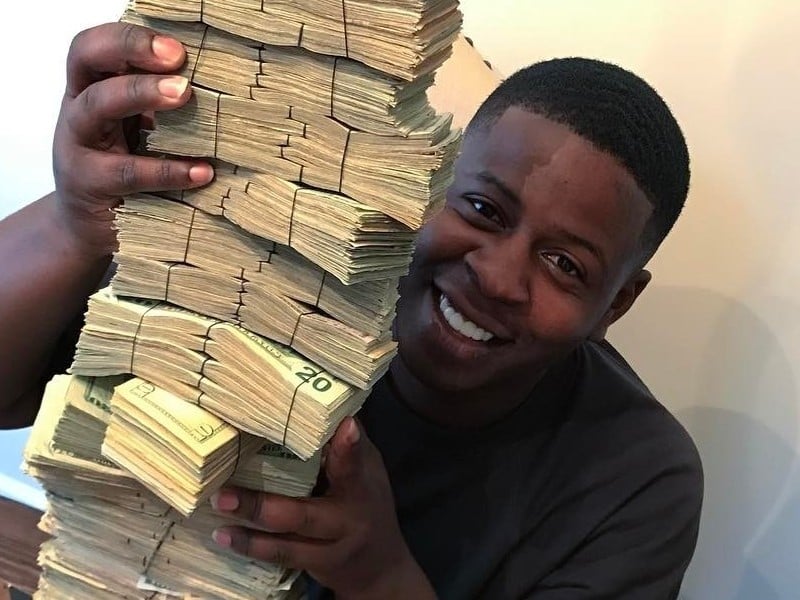 Blac Youngsta Has Elaborate Plans For His "Booty" Single

When Blac Youngsta stopped by DX Live earlier this month, he debuted the video for his strip club-friendly single “Booty” from his latest album 223. But the real surprise came when the Memphis rapper told us there were two more coming.

“We shot three videos for ‘Booty,’” Youngsta revealed, insinuating the subsequent two will be more raunchy than the first one. If that’s not enough, Yo Gotti’s protégé also announced his plans to buy a new booty (yes, you read that right) for one lucky fan.

“I’m actually gonna do something with Dr. Miami,” he explained. “I’ma actually pay for someone to have surgery. I wanna have like a ‘Build-A-Woman’ contest for someone who really wants it. They can have a chance to experience a big ole booty booty booty. I’ma pay for their surgery. We’re still trying to figure out the qualifications. We’re trying to figure it out now [with] the legal team so I can’t get sued if something goes wrong.”

WHO WANT A BOOTY??? pic.twitter.com/UqIeu8KLYi

Like many artists today, Youngsta keeps content coming to satisfy the demand of a generation that consumes it constantly. Though he admits to powering through mixtapes, as he put it, his albums require a little bit more affection.

“Mixtapes I record in an hour,” he noted. “The album, I kinda like took my time with it. It’s like you got a female and you hittin’ it real fast, but then you got the other female, you like her, so you make love to her, [tell her] ‘Hey baby look me in my eyes.’ So with the album, I made love to it. I had sex with it. When I record, I record so fast so with the album, I’m like, ‘Let me take my time with this one.’ When I record a mixtape, I might do 14 songs and I’ll put all 14 songs on a mixtape. But with the album, I probably recorded 100 songs and only put a certain number of songs on the album. You take your time with it, it comes out better.”

Check out Youngsta’s full interview below and tune into DX Live every Thursday at 10 a.m. PST and The Litness Test at 3 p.m. PST.