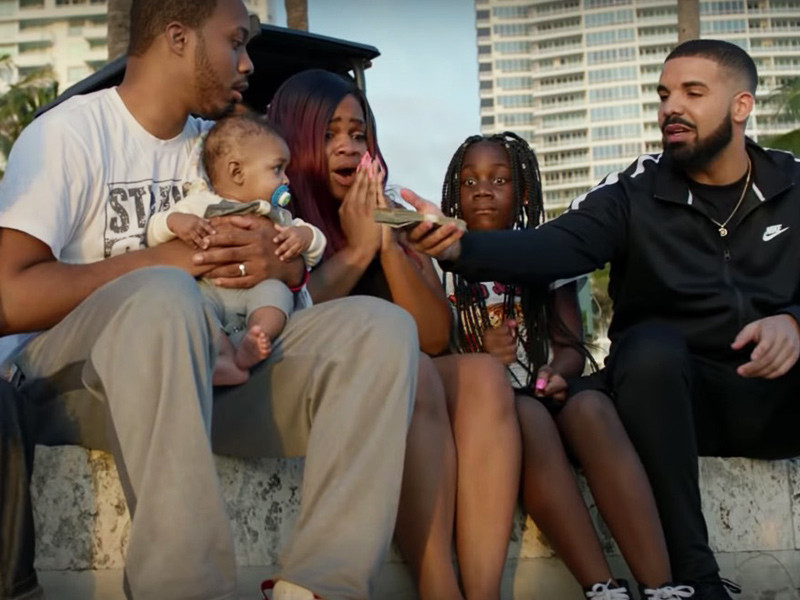 At the beginning of Drake’s video for “God’s Plan,” the masterminds behind the visual reveal they had a budget of $996,631.90.

And they gave it all away.

Spearheaded by Director X and Karena Evans, “God’s Plan” captures the spirit of the Miami people and documents all of Drake’s good deeds.

While shooting the video in Miami, the philanthropic Toronto superstar paid for people’s groceries, gave a University of Miami college student $50,000, took a housekeeper on a $10,000 shopping spree, donated $25,000 to Miami Senior High School and donated $50,000 to the Lotus House Women’s Shelter — and those are just the donations we knew about.

Throughout the emotionally charged video, we see everything else Drake accomplished while in Florida. He walks up to people on the street and hands them stacks of cash as they burst into tears. He gifts a van to the Overtown Youth Center, donates $20,000 to a fire department, takes several people on a shopping spree at Saks Fifth Avenue and buys carts full of toys for countless children.

And he’s not done there. Before the end of the video, he also buys a couple of lucky families a brand new car.

“God’s Plan” is taken from the Scary Hours EP, and the new visual sends a message of compassion while proving Drake loves more than just his bed and his mama.