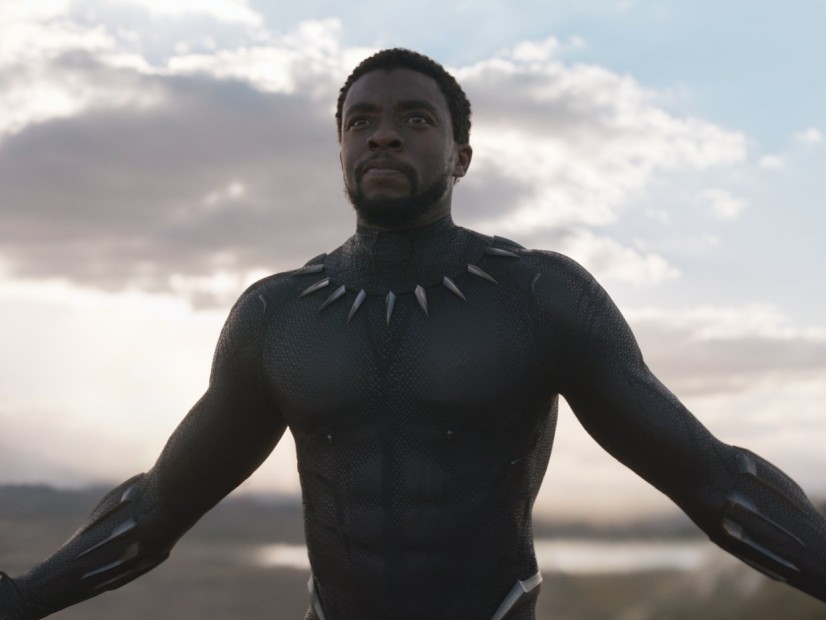 Now that the Ryan Coogler-directed Black Panther has officially hit theaters, the film is swiftly proving to be the cultural phenomenon it was predicted to be.

Black Panther, which currently boasts a score of 97% on Rotten Tomatoes, already broke an advance ticket sales record and will likely break even more records as the weekend progresses. Some estimates predict the film could bring in as much as $200 million over the weekend, which would break the record for the best pre-summer debut ever.

Moviegoers showed up and showed out on Thursday (February 15), arriving to theaters in full cosplay or Wakanda-inspired attire.

Morning guys, Hope you are well, Our new hashtag #wakandadrippin we set up to celebrate the #blackpanther film release is starting to take off on social media.. @moskie11 and his wife @cousinjasmine with the fierce and powerful @marija_abney who did an outstanding job protecting the king as one of the Dora Milaje.. Post your pictures in your Wakanda swag ADD the hashtag and tag us and if we like it we will share it.. The movie is definately a game changer for POC Enjoy the vibe guys, use it to push your projects and more importantly support each other Post your pics guys and ADD the hashtag wakandadrippin #blackpanther #blackpanthermovie #chocolatecitycomics #marvelblackpanther #blackpantherbesolit #blackqueens #doramilaje #theyearofblackpanther #wakandaforever #chadwickboseman #michaelbjordan #lupitanyongo #danaigurira #africanfashion #wakandan

There’s a dude in my theatre dressed like Eddie Murphy in Coming To America lmaoo #blackpanther pic.twitter.com/d8OxKflk1G

My brother in all his Coming to America glory at the showing of Black Panther tonight ♡#BlackPanther #WAKANDAFOREVER #WakandaCameToSlay #BlackMenSmilling #BlackExcellence pic.twitter.com/TSUDsRMyyx

Some #BlackPanther movie goers did not come to play. Check out the head to toe cosplay on Alexandra, who has been anticipating this movie for 2 years ? https://t.co/AjPwM7f1mL pic.twitter.com/kV5iKNVf5m

A number of celebrities have also stepped up to ensure that everyone is able to see the film. On Saturday (February 17), Kendrick Lamar and TDE will host a free screening of Black Panther for children living in housing projects in Los Angeles.

Atlanta rapper T.I. and actress Octavia Spencer have hosted or will host similar screenings in their hometowns.

Additionally, the #BlackPantherChallenge was created to raise funds for black students to view the film in cities across the nation.

Lastly, Black Panther stars Lupita Nyong’o and Letitia Wright dropped a few bars in honor of this week’s opening, and for the culture.

The Black Panther lives… and so does Troublemaker! Also introducing, MC Underbite (@LetitiaWright), best freestyler in Wakanda. (All cred to my girl @robynhoodmusic for my bars tho.) Happy #BlackPantherDay #BlackPantherSoLit ?? @TravBryanMusic ? @katiecm