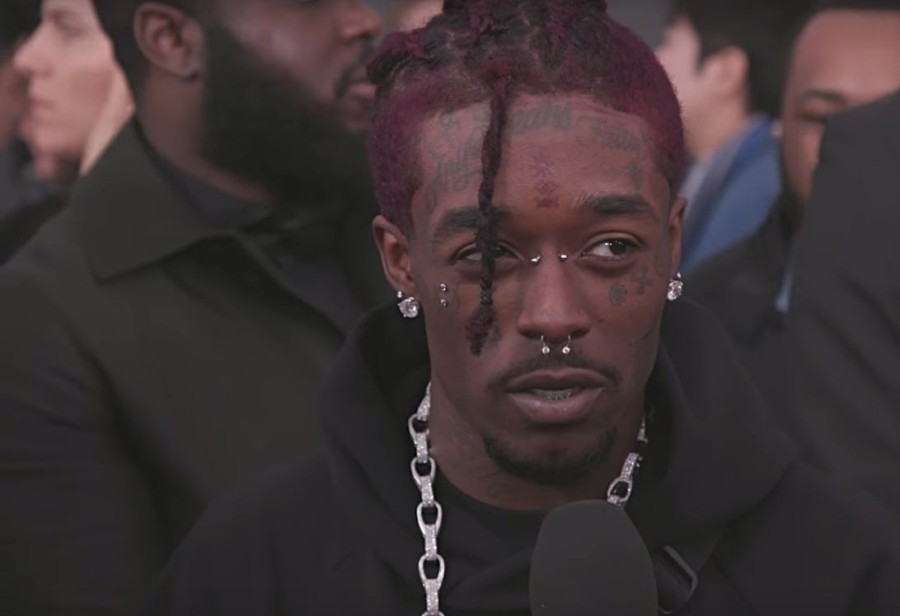 New York, NY – Lil Uzi Vert and the fashion-forward Kanye West recently hit the clothing racks together for a little retail therapy. While on the 2018 Grammy Awards red carpet, Lil Uzi spoke to MTV about their excursion and revealed an important lesson he picked up along the way.

“He’s never thinking about himself,” Uzi said. “It’s weird. He was grabbing everything for his family. He said, ‘I don’t even get dressed anymore, I swag out my family.’ In that moment I realized: gotta swag out the whole family.”

During the brief conversation, Uzi also touched on his recent social media war with DJ Drama, who signed him to Atlantic Records’ Generation Now imprint in 2015. The two fired off at one another earlier this month before Lil Durk suggested they take their “beef” offline.

“I’m just a person who speaks my mind. If I get mad at you, I’ll tweet you,” he explained of the exchange. “Doesn’t seem like he’s thinking too much of the tweet, though.”

Check out the brief clip above.