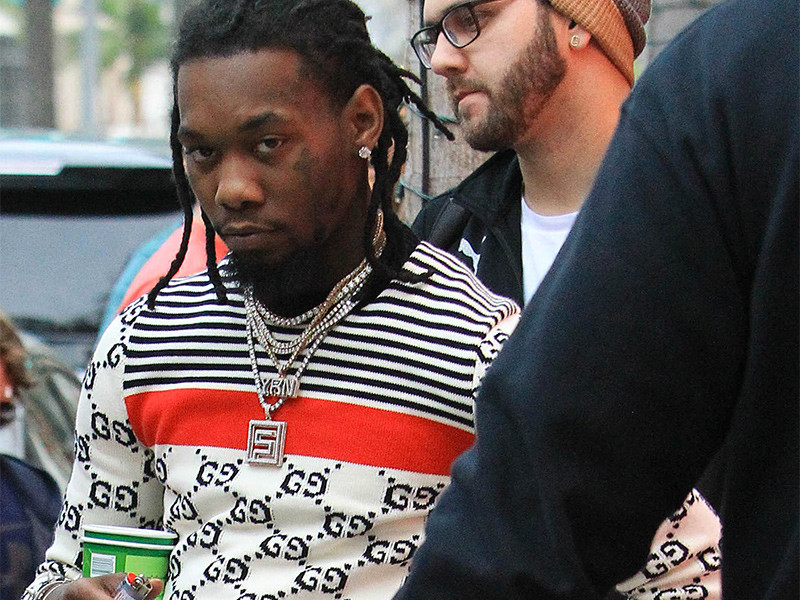 Offset Responds To Outcry Over "I Cannot Vibe With Queers" Lyric

Migos rhymer Offset offered a detailed response to the criticism he’s gotten after rapping about his inability to “vibe with queers” on YFN Lucci’s “Boss Life.”

On the track, which came out in December but whose video dropped on Tuesday (January 16), Offset raps: “I cannot vibe with queers/ I got the heart of a bear/ Bustin’ them down by the pair/ Patek Philippe, it’s rare.”

After backlash on the internet over the line, Offset hit social media to say that people are making him out to be homophobic when really he has nothing against anyone’s choices in life.

“tryna make me out to b a homophobic ima whole Gangsta i don’t even speak on sexuality… the difinition ain’t even that tryna make it about gays I work with them all the time at events dealing with fashion, tv shows…I’m not against nobody your choice in life I have fans that love my music I don’t descriminate,” Offset wrote.

#Offset issues out an apology to the #LGBTQ community who were offended by his "I can't vibe with queers" lyric in his "Boss Life" feature with #YFNLucci.

Later in his response, Offset offered a direct apology to anyone who was offended by his language on the track. He explained that his use of the word wasn’t in reference to anyone’s sexuality.

“I apologize to anybody I offended by the word ‘queer’ I was not referring to sexuality,” the Atlanta rapper wrote.

I didn’t write the line about gay people. I have said before since these issues before that I got love for all people. My passion for fashion has lead me to a lot of gay people around me who I have mad respect for and we are very cool so I’m not in a place where I’m hating like that. When I wrote that I was thinking of words that could rhyme with the others (here, lear, solitaire, bear) and I saw this definition about her having a queer feeling she was being watched and it fit what I was thinking about a stalker creepy paparazzi situation. To me that “queer” I don’t mean someone who’s gay. I mean lame people who film you, post it and stalk you. Lingo that means strange or odd. I M S O R R Y I A P O L O G I Z E I’m offended I offended anybody

Offset and his fellow Migos members faced similar backlash after an interview with Rolling Stone when they questioned the positive response to iLoveMakonnen’s decision to come out as a gay man. They later clarified their comments, explaining, “We have no problem with anyone’s sexual preference. We love all people, gay or straight and we apologize if we offended anyone.”